Who is Jarvis Landry Dating Currently? Detail About His Ex-Girlfriend Estrella Cerqueira 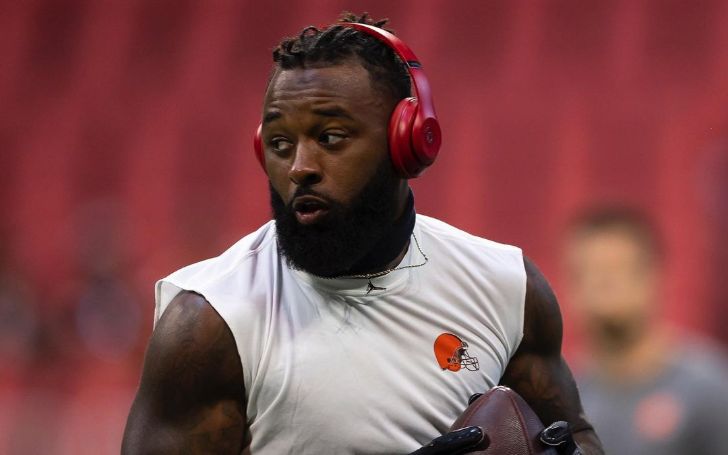 Jarvis Charles Landry is a wide receiver in the National Football League for the Cleveland Browns (NFL). The Miami Dolphins drafted him in the second round of the 2014 NFL Draft after playing college football for the Louisiana State Tigers. Landry was named to three Pro Bowls with the Dolphins and two more with the Browns. With 112 receptions, he topped the league in 2017. His 564 career receptions are the most in NFL history for a player’s first six seasons.

The American footballer played college football for LSU from 2011 to 2013, under the direction of head coach Les Miles. As a true freshman in 2011, Landry appeared in 14 games, making one start. He concluded the season with four receptions for 43 yards. Fans are wondering if he is dating anyone or not. So, let’s discuss his relationship status.

Jarvis Landry’s Relationship Status. Who Is He Dating?

Celebrities are known for keeping their mouths quiet when it comes to personal concerns. The athlete, on the other hand, has a habit of gushing over his relationship. Jarvis is dating his beautiful girlfriend, Estrella Cerqueira. Estrella works as an Office Manager at the moment. Since 2015, she has also worked for Altitude Group, a sales firm. Cerqueira attended the Connecticut School of Broadcasting from 2013 to 2015 while still working and studying radio and television production and broadcasting.

The couple disclosed their relationship in 2016. But, it is unknown when they began dating. The pair were engaged in a report concerning domestic violence in 2017, but it was only a verbal altercation. The duo was supposed to have broken up in 2018, but Estrella swiftly addressed the media and dismissed the charges as rumors. The couple is now on excellent terms and enjoying their time together.

The couple and their two children live in Cleveland, Ohio. Their baby boy was born in March of 2019, and their daughter was born on December 14, 2017. Unfortunately, the names of the children are unknown. Jarvis has shared his family photo on his Instagram with over 2.1 million followers.

Jarvis Landry was born on November 28, 1992, in Convent, Louisiana, United States. He is 28-year-old as of now and holds American nationality. His mother’s name is Dietra Landry, and his father’s name is unknown. He has an elder brother, Gerard, a wide receiver at Southern University in Baton Rouge.

The 28-year-old attended Lutcher High School in Lutcher, Louisiana, where he received his education. He was a member of the football, basketball, and track teams at school. Moreover, Landry enrolled at Louisiana State University and played football there. He was a member of the LSU Tigers from 2004 to 2014 and was selected in the second round of the 2014 NFL Draft by the Miami Dolphins, making his debut.