Who is Jake Paul’s Ex-Wife, Tana Mongeau? All Details Here 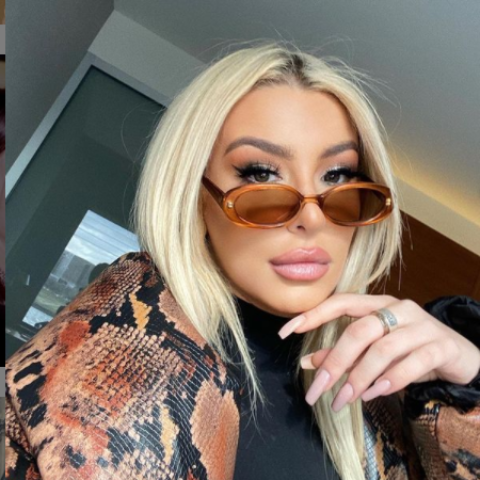 Tana Marie Mongeau is a musician and social media celebrity from the United States who is well-known for her failed event #TanaCon and her social media videos “Storytime.” #TanaCon, a competitor event to VidCon, was canceled on the day it was supposed to occur, leaving many people disappointed.

Furthermore, Mongeau’s YouTube films on her chaotic life, dubbed “storytime,” launched her career. She then moved on to music, and she’ll soon be adding reality TV stars to her already long list of accomplishments. Tana announced in April 2019 that she would get her own MTV show called ‘No Filter: Tana Turns 21.’

Tana Mongeau married Jake Paul in July 2019 in a ‘kayfabe’ ceremony. The YouTube personalities, on the other hand, were living in separate homes and lacked a marriage license. Recently, Paul purchased a home in Miami and spent the new year with his friends, including Mongeau.

In January 2020, it was reported that the couple had broken up. However, Paul had seen Julia Rose since then, but recent social media activity suggests that the two are no longer together.

Even while they were married,’ the pair had a unique arrangement. The partner wedding was supposed to be an ‘open’ wedding. The 24-year-old Paul had even hinted that they had reached an agreement that allowed them to visit other people. Tana was frequently photographed with Noah Cyrus during their time together, with Jake appearing to be unconcerned.

This is not the first relationship that Jake has been in, though. He has associated with Alissa Violet and Erika Costell, and Julia Rose during his YouTube career.

Who is Tana Mongeau dating now?

Tana Mongeau is presently single following her breakup with Jake Paul in January 2020. From 2017 through February 2019, she was in an open relationship with singer and actress Bella Thorne.

Tana Mongeau was born in Las Vegas, Nevada, on June 24, 1998, to Rick and Rebecca Mongeau. She admitted on “MTV No Filter: Tana Turns 21” that she had a tumultuous childhood, adding that her parents lacked proper parenting skills when she was a child.

The YouTuber Mongeau began uploading a range of personal and hilarious videos on her YouTube channel in 2015. However, the most popular videos on her channel are her “storytime” videos, in which she addresses a variety of personal themes. Tana’s account has accumulated millions of lifetime views during the length of her channel. The video “ROASTING YOUTUBER COACHELLA OUTFITS,” which has over 10 million views on her channel, is one of her most popular videos of all time.