Jaimyse Haft is an actress who has been out of the spotlight for a long time after appearing in only a few movies. Let’s know some more about her relationship status, net worth and early life. 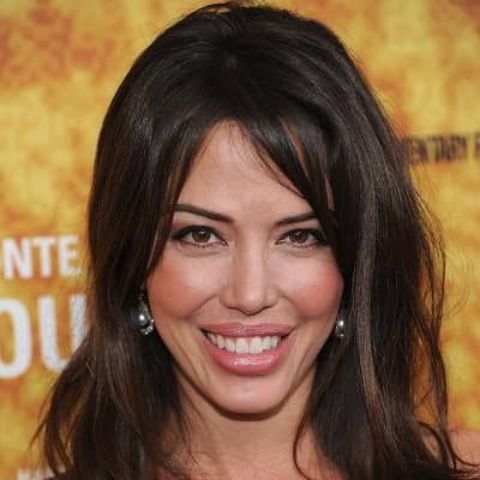 Jaimyse Haft was well-known for being the wife of Christopher Lambert at one time. Christopher is an actor, author and film producer. The two first met in 1997. The ex-couple had briefly dated each other before tying the knot on February 6, 1999. However, after being married for 7 long years, they decided to part ways. They divorced in 2006.

The ex-couple did not have any children. While it was Jaimyse’s first marriage, Christopher had been formerly married to Diane Lane, a producer and a performer. The actress had also been involved in romantic relationships with other celebrities before getting married to Christopher.

In 2002, Haft was romantically involved with the basketball player Dennis Rodman. A year before that, in 2001, she also dated the former American professional basketball player Reggie Miller. The now 47-year-old has not been romantically linked with anyone else since her divorce. She has been away from the media for a long time; hence her current relationship status is unknown.

Jaimyse Haft Net Worth and Career

Jaimyse Haft is an American actress. She is known for her roles in House of Usher, Tony 5 and Lords of the Underworld. She has appeared in a few movies and has been inactive in her career for a long time now. She is also famous for being the ex-wife of the actor, producer and author, Christopher Lambert.

In 2009, the actress played Jillian in the film Moonlight Serenade. Her last appearance was in the short crime drama film, Left in the Desert. Since then, she has not been involved in any other projects. There is no additional information about her career on her IMDb page as well. As for her net wealth, the now 47-year-old has not revealed it. However, as per the sources, in her short acting career, she has accumulated an estimated net worth of $300,000.

Jaimyse Haft was born on May 22, 1975, in California, United States. She has Japanese-Italian ancestry. The House of Usher star has been extremely private about her family life. Thus, she has not disclosed anything about her parents and siblings. There is no information about her family life and her childhood.

As for her academic qualifications, Haft attended and graduated from Bolsa Grande High School. It is unclear whether she pursued further education after high school. However, she eventually ventured into the acting field, doing various small roles.