Skip to content
Home » News » It’s Confirmed: Ariana Grande is The New Coach in The Voice

It’s Confirmed: Ariana Grande is The New Coach in The Voice 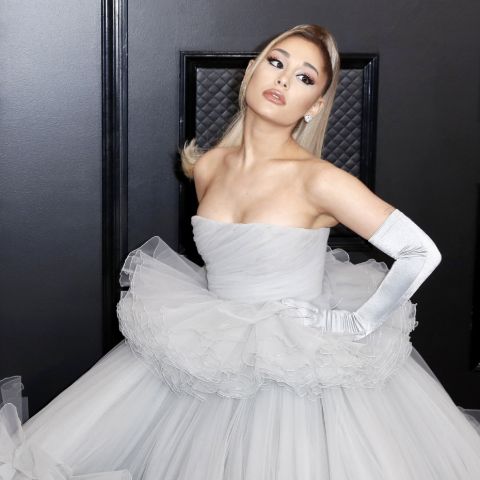 Brace yourselves as the news is confirmed; Ariana Grande will be joining The Voice as a coach for Season 21 alongside talented coaches Blake Shelton, Kelly Clarkson, and John Legend.

Coach Blake was the first to break his silence in an interview with Hoda Kotb on the Today show on Wednesday. The singer shared his excitement about the new judge and informed that none of his other co-workers had the knowledge of her latest addition.

Shelton mentioned, “There’s one chair on The Voice that seems like lately it’s kind of turned into like this revolving door of different coaches that we’re able to bring in, and they never let us know who it’s going to be, by the way, until — I think we found out about two days ago, the producers texted us and said it was going to be Ariana. So, I’m excited about it. I’m a fan of hers.”

You may also like: Jason Derulo and Jenna Frumes are expecting their baby.

The Voice is particularly known for the coach’s playful banter and competitiveness, and on the same topic, the fellow judge shared there’s no holding back from taking the cup back home. He said, “I’m not going to lie, We’re still going to beat the crap out of [Grande], you know, on the show. It’s our job — they pay us to win, Hoda. They don’t pay me to lose.”

The Dangerous Woman singer will be replacing fellow singer Nick Jonas, the 20th judge for the season. Ariana also shared her excitement with a statement, “I’m so honored and excited to join The Voice family! I have been a huge fan of the show for such a long time.”

She also added, “I can’t wait to go head-to-head with the incredible coaches, get to know these new artists, and help to take their craft to the next level.”