Humberly Gonzalez is an American actress who has made her mark through films and shows such as In the Dark, Trapped: The Alex Cooper Story, and Ginny & Georgia. Let's know all details about her wealth, relationship, and early life. 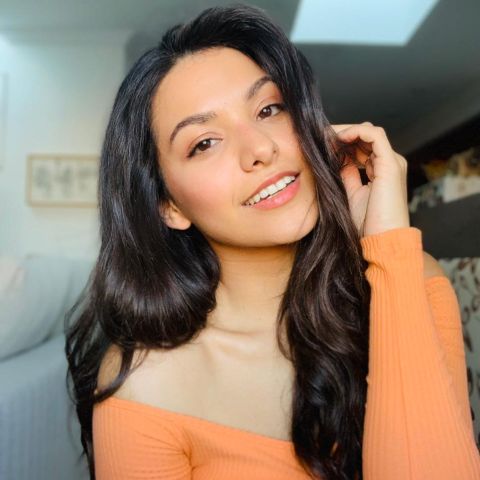 Humberly Gonzalez is a rising American actress who is known for her role in Trapped: The Alex Cooper Story. She made her cinematic debut in 2015 with It’s Not You, a short film. Since then, Humberly has worked on about three dozen projects, including the critically acclaimed Utopia Falls, In the Dark, and Orphan Black. In addition, it appears that Gonzalez’s fame will only grow in the coming days, thanks to projects like Jupiter’s Legacy and Far Cry 6.

The American actress was most recently featured in Netflix’s hit adolescent drama Ginny and Georgia. In the production, she portrayed Sophie Sanchez and collaborated with several young actors, including Felix Mallard, Sara Waisglass, and Chelsea Clark. Humberly is a well-known movie actress who has amassed fame and fortune due to her work in films. Her net worth is estimated to be over $800,000. As a movie actress, she has amassed a sizable fortune.

Furthermore, the beautiful lady is also active on social media. Humberly has 10.3k followers on Twitter and 232k followers on Instagram. She mostly uploads her beautiful pictures on her social media account. Also, Gonzalez might earn a fortune by promoting brands.

Humberly Gonzalez’s Relationship Status. Who is Her Boyfriend?

Humberly Gonzalez is in a romantic relationship with her handsome boyfriend, Jonathan Groeneweg. Jonathan is a Canadian photographer. He is the owner and operator of Somestack Studio, a fine art print and post-production firm.

Since July 2015, Gonzalez and Groeneweg have been in a happy relationship. They’ve had a fantastic relationship as a gorgeous couple since that day. Their love chemistry is evident in their social media posts. Humberly and Jonathan both use social media to share photos with one another. However, the couple has yet to determine whether or not to exchange wedding vows.

Humberly González was born on April 14, 1992, in Punto Fijo, Venezuela. She is 29-year-old as of 2021 and holds American nationality. Her native country is Venezuela; however, she now lives in Toronto. Humberly is a name made out of her parents’ names. Humberto Gonzalez is her father’s name, and Liliana Gonzalez is her mother’s name.

Gonzalez’s qualifications and education include a 2017 graduation from The National Theatre School of Canada and training in Salsa, Tango, Waltz, and Ballet. She is also a gifted vocalist.