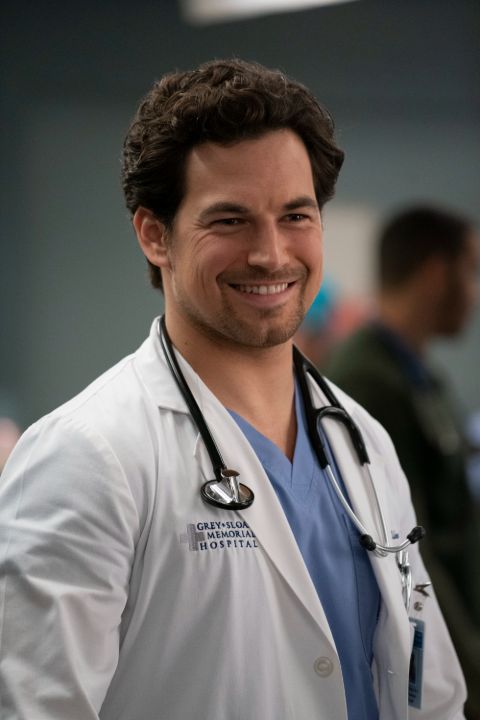 Grab a tissue with us if you’ve watched the Grey’s Anatomy Mid Season Premiere.

Grey’s Anatomy’s successfully running on its 17th season, and by now, if there’s one thing that irks the medical drama fans, it is the “death”, and not of the patients but the doctors. Considering that we’ve seen more deaths of doctors than one can count on their two hands, we’d think that fans would have nothing to be surprised about by now.

Giacomo Gianniotti, who plays the role of DeLuca, was killed off following a heroic battle to stop a sex trafficker in a storyline that stretched back to last season following his death after getting stabbed.

The actor was introduced in Season 11 as a medical intern and the love interest of Meredith Grey, aka Ellen Pompeo. Following the season, Meredith is still in a COVID-19 coma. Deluca appears in her dreams while sitting on a beach and says, “I don’t know what happens from here, but no matter what happens, I want you to know I’ve never felt seen like you saw me.” before passing into the afterlife.

You may also like: Grey’s Anatomy Star Jesse Williams Finally Addressed Rumors on the Shows End

Gianniotti also talked about his role in an interview where he concluded, “I’ve been on the show for a long time — seven seasons — and I think this is a good time to exit and have a fresh start,” he also added, “I was very in love with the story and the time it took to tell it properly. It’s been a really, really amazing and satisfying experience for the past month and a half shooting this episode and going through the process of making it.”

He also admitted being shocked about his character’s death, but he had a great conversation with the producer after reflecting on how DeLuca got a worthy send-off.

That’s all for now, follow Featured Biography for more of these reads.