Gil Birmingham is a well-known American actor who played Billy Black in the Twilight Saga film series. He is famous for his roles as Chief Thomas Rainwater in Yellowstone and George Hunter in Banshee and recurring roles as Virgil White in Unbreakable Kimmy Schmidt. 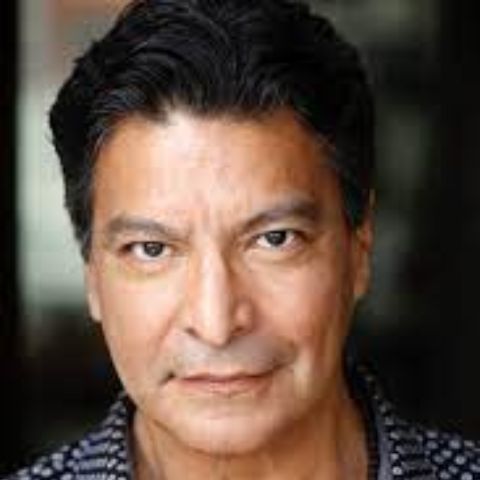 Gil Birmingham is one of the best American actors who has been working for a long time. Birmingham has appeared in many television shows and films. In addition, he has appeared in music videos also. Throughout his incredible acting career, he has earned a decent amount of money to own luxurious life.

According to Married Biography, Birmingham assets are significantly increasing yearly. The talented actor has $700 thousand of net worth as of 2021. He’s made some of his noteworthy appearances in a lot of series and movies as of 2021 which must’ve pushed his bank balance a notch higher. We’ll surely update you if there is any news on the matter.

Gil Birmingham was discovered by a talent scout at a local gym in the early 1980s, where he had been bodybuilding and competing in bodybuilding competitions. As a result, Gil was cast in his first acting role in a music video for Diana Ross’s hit song Muscles in 1982. Birmingham began to pursue acting as a primary career after appearing in Ross’s music video. Larry Moss and Charles Conrad were his acting teachers. In Universal Studios Hollywood’s theme park attraction, The Adventures of Conan: A Sword and Sorcery Spectacular, he played Conan the Barbarian.

The amazing actor made his television debut in an episode of Riptide in 1986. He had a recurring role as Oz in the medical drama Body & Soul, which starred Peter Strauss by 2002. In 2005, he was cast in Steven Spielberg’s six-part miniseries Into the West as the older Dogstar. Buffy the Vampire Slayer, Veronica Mars, 10 Items or Less, Nip/Tuck, Castle, The Mentalist, House of Cards, and Unbreakable Kimmy Schmidt are among his many television appearances. He’s also appeared in television movies like Gentle Ben with Dean Cain and Gentle Ben 2 with Dean Cain, Dreamkeeper, The Lone Ranger, and Love’s Long Journey with Erin Cottrell and Irene Bedard.

Birmingham played Manny Deadmarsh in his first feature film, The Doe Boy, released in 2001. Birmingham landed the role of Billy Black in the Twilight Saga film series in 2008. He appeared in each of the five films. Sheriff Johnny Cortez in Love Ranch with Joe Pesci and Helen Mirren and Cal Bishnik in Shouting Secrets were based on characters from the Twilight series with The Twilight Saga: New Moon castmate Chaske Spencer. Birmingham was cast in the role of Ben Logan in the film Crooked Arrows in September 2011.

The 67-year-old has also done a voice-over in Rango and The Wild Thornberrys. In addition, he was cast in many movies and series like Hell or High Water, Space Between Us, Pieces of Her. Recently in 2021, Birmingham has joined the cast of Eternals, a Marvel Studios film, in an unspecified role.

Gill Birmingham revealed in 2009 that he was unmarried and had no children at the time. However, in the 1980s, he did have an actress girlfriend, who is also responsible for Gil’s successful career because she was the one who encouraged him to take acting lessons.

It’s unclear whether Gil could convert his girlfriend into his wife or if the couple has split up. As of 2021, there is no information about him getting in a relationship. However, we will let you know if there is any information about this matter.

Gil Birmingham was born on 1953 July 13. He was born into a Comanche family in San Antonio, Texas. Due to his father’s military career, his family frequently moved during his childhood. As a result, there is no information about his parent’s and siblings’ names.

Birmingham began playing the guitar at a young age and describes music as his “first love.” He graduated from the University of Southern California with a bachelor’s degree in science. He earned his bachelor’s degree in policy, planning, and development from the School of Policy, Planning, and Development. Birmingham was a petrochemical engineer at the time before He made a career change and became an actor.