Gekyume Onfroy is the first child of Jahseh Dwayne Ricardo Onfroy, aka XXXTentacion, and his girlfriend, Jenesis Sanchez. Learn now more about him down below. 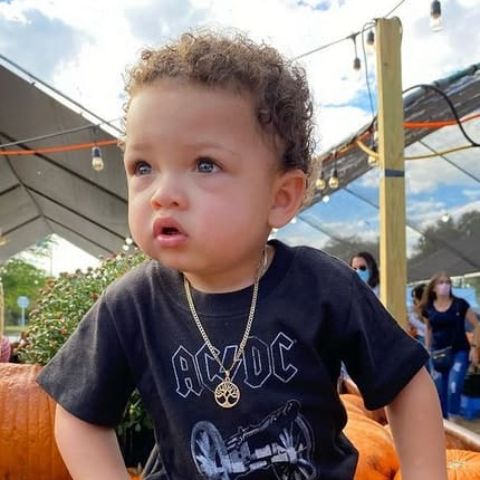 Gekyume Onfroy is the son of Jahseh Dwayne Ricardo Onfroy, better known by his stage as “XXXTentacion,” a late American rapper, singer, and songwriter. Three days after Gekyume’s father died, his mother, Jenesis Sanchez, took to ‘Instagram‘ to announce that they were expecting his first child.

The 2-year-old Gekyume was born on January 26th, 2019, a little more than seven months after his father died. He was born in the state of Florida. It was also revealed that if the baby was a boy, he had picked the name “Gekyume,” If it was a girl, he had chosen the word “Xiorra.“

Gekyume Onfroy rose to prominence even before he was born, thanks to his late father, XXXTentacion, an internationally renowned American rapper, performer, and songwriter. Gekyume is very young to have a career or to have a net worth. But we will focus on his late father, who is a celebrity.

The celeb child’s father had a net worth of $5 million at the time of his death in June 2018. In 2018, two masked men assassinated XXXTentacion in Florida. The attackers fled after shooting the rapper and seizing a Louis Vuitton bag containing $50,000 in cash. Many of XXX’s followers were devastated by his death, which was viewed as a tragic development in the hip-hop community.

Gekyume Onfroy’s father, at the time of his death in 2018, XXXTentacion, was reportedly in the process of moving into a $1.4 million mansion. The 6,000-square-foot home is in Parkland, Florida, and is only 15 minutes away from where the rapper was murdered. The house came with over an acre of land, a pool, and four bedrooms. During his final days, he was consumed with décor and upgrades, and a construction crew was constructing an elaborate security fence around the perimeter.

Furthermore, before his death, XXXTentacion was purchasing at least four residences for his family members. This included a $3.4 million mansion that he selected for his mother. This residence was also in Parkland, Florida. The 6-bedroom mansion, which spans over 15,000 square feet, was characterized by realtors as “ideal for entertaining.” A sense of grandeur is created by high ceilings, a large entrance, and a sweeping staircase. Eventually, XXXTentacion’s mother moved into the house.

According to real estate documents, the rapper purchased four residences in South Florida in 2018. All of these were purportedly intended for his family to use. These four properties cost him a total of $1.7 million. He paid $420,000 for one, $467,500 for another, $385,000 for a third, and $5000 for a fourth. Each of these houses had at least three bedrooms.

According to these reports, Bernard was only intended to receive 50% of the money in the trust fund as it was, with the remaining 50% split between Pack and XXX’s brother Aiden Kerr. Bernard “improperly and covertly deposited” the total cash into Kaveny’s accounts, according to Kaveny.

Later that year, audio of XXXTentacion allegedly confessing to many crimes, including domestic abuse and stabbings, was released. Geneva Ayala, XXX’s ex-girlfriend, was involved in most of these confessions. Since then, she has accused the rapper of sexual assault. According to Ayala, the artist also threatened to kill himself several times while she was present.