Garrett Tenney is an outstanding American anchor and reporter who is currently working for Fox News Channel. He is a Fox News Channel national correspondent based in the network's Washington, D.C. bureau. 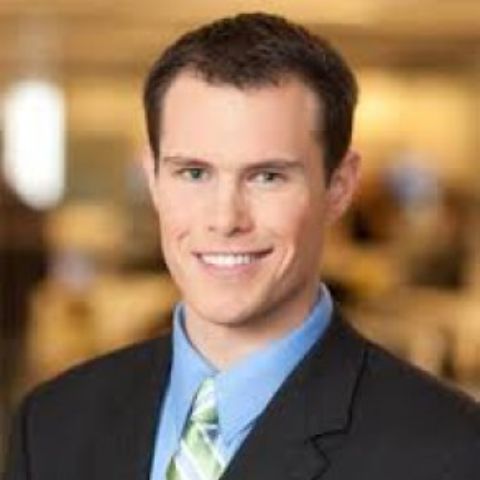 Garrett Tenney is one of the best TV anchors and reporters from America. So far, he has a successful journey and a fruitful career in his life. From his sucessful career, he had made a great fortune. So, what is his net worth?

According to Information Cradle, Garrett has a hefty net worth of $4 million as of 2021. That applies to his assets, money, and revenues. His main source of income comes from his work as a correspondent.

Garrett Tenney began his career at T/E TV. There he worked for only nine months as an anchor and a producer. He also worked for Comcast SportsNet, KSNV-TV in Nevada, Las Vegas, and as an intern at KSL Sports (NBC). Garrett was with KBYU ElevenNEWS as a reporter, producer, and anchor for three years before joining the Fox News channel. His work included half-hour news and weather anchoring plus research and developing original news stories for daily newscasts.

As a journalist, Garrett worked at the Midwest Bureau Network in Chicago, Illinois, where he was involved in various states, including Minnesota, Wisconsin, Indiana, Missouri, Illinois, Michigan, Ohio, and Kentucky. Further, he also served Fox News as a junior reporter, covering the southern region of the United States, from January 2011 to March 2013. There he investigated and pitched the ideas of the original story.

Garrett’s work has been published throughout the country on Fox News networks such as FOX Business Network, FOXNews.com, FOXBusiness.com, Fox Latino, and local Fox partners.

He has exclusively covered the protest and the investigation of Michael Brown, the fatal shooting of Australian college baseball player Chris Lane, and 53 years old kidnapper Ariel Castro hearing from Cleveland. Garett worked in Jackson, Mississippi, and covered various news stories, including the impact of tornadoes in towns across Mississippi and Alabama, the flooding of the Mississippi River in 2011, and the economic impact of the NCAA Basketball Tournament’s Sweet 16.

Garrett Tenney is a good-looking man, and he is happily married. He tied the knot with the beautiful woman Jamisyn Tenney. On August 9, 2014, they walked down the aisle in the temples of The Church of Jesus Christ of Latter-day Saints located in Salt Lake City. After two years from their wedding, on December 29, 2017, they welcomed Dallas, their son, into their warm and loving family,

The information on his past relationships or affairs is kept under the curtain. However, we will let you know if there is any news on this matter.

Garrett Tenney was born on September 4, 1991. He is 29 years old. Unfortunately, he has not shared information about his parents and his siblings.

Regarding Garrett’s education, he joined Brigham Young University and studied communications and broadcast journalism. After that, he earned his bachelor’s degree from the same university in communications, emphasizing broadcast journalism. Garrett was an active member of the student service of his university from 2007 to 2010. He also volunteered as a missionary for The Church of Jesus Christ of Latter-day Saints in Kenya, Africa.