Emily Noelle Skinner is an American actress, model, and dancer best known for her role as 'Amber' in the Disney Channel television series 'Andi Mack.' She wanted to be an actor since she was a child, and she was born and raised in California, USA. 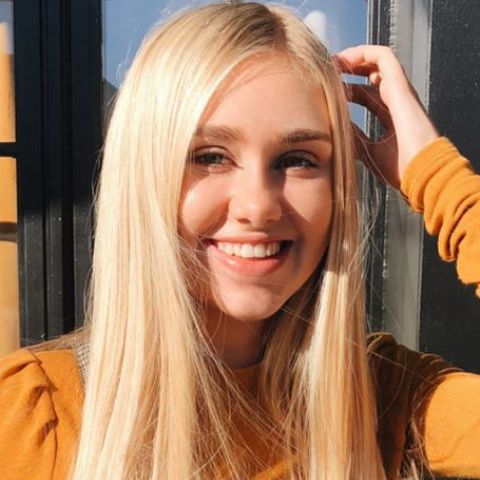 Emily Skinner‘s net worth is projected to be $1.3 million due to her acting career, and her appearance in television shows has helped Skinner achieve fame and fortune in her career. Her main source of income comes from her acting career but it is known that she also earns from other jobs such as modeling and sponsorship deals.

The actor’s determination and enthusiasm allowed her to earn money despite her age. Despite this, she has yet to announce her income, but given her acting talent, she is certain to outperform her current net worth in the future.As soon as further information becomes available, we will update the topic.

Emily Skinner started her acting career as a child artist in 2009 when she was eight years old, and she starred in one episode of ‘CBS’ ‘NUMB3RS.’ It was a dramatic role that she loved, according to her. She frequently worked in guest roles in TV movies or short films after her debut in ‘Numb3rs,’ including ‘The Swimming Lesson‘ (2009) as Katie and ‘Keeping up with the Guptas‘ (2010), among others.

Skinner played minor roles in short films such as ‘Sodales‘ (2010), ‘Eternity Path‘ (2010), and ‘Five‘ (2010). Later, she was cast in the Disney Channel’s 2011 TV series “Shake It Up,” where she played a young beauty pageant contestant named “Sally Van Buren” in the episode “Glitz It Up.” Her role as ‘Mad Dog’ in another ‘Disney Channel’ film, ‘Austin & Ally,’ earned her attention.

The actress has starred in several other TV shows, including ‘Days of Our Lives (2011), ‘Man Up‘ (2012), and ‘The Mindy Project‘ (2012). Her performance as Chloe in the TV series ‘Sam & Cat‘ was well-received. This was followed by her appearance as Julie Hoover in the TV series ‘Criminal Minds‘ in 2013.

In the film ‘Blood Ransom‘ (2014), Emily played a teenage vampire and a juvenile murder survivor, Wendy Sokoloff, in Rizzoli & Isles (2016). Even though she was very young, she was at ease and even enjoyed playing those scary roles.

Amber from the iconic Disney Channel series ‘Andi Mack‘ was the character who gave her fame and identity (2017 – 2019). She first auditioned for the main role of Andi, then for the part of Andi’s friend Buffy, and finally for the position of Amber, who is a slightly mean character in the first season but has a broader scope in the second season.

Skinner was cast as Diana in Brat’s web series ‘Total Eclipse‘ (2018 – 2019) in 2018. Her upcoming projects include ‘Next Stage,’ in which she will play ‘Cindy Stallings.’ She has appeared in a few music videos, including Ty Waters’s “Just Human” and Avicii’s “Broken Arrows.” Emily has also been a model. She was signed by Los Angeles’ ‘Maverick Models,’ and she has posed for ‘Izzy Be’ clothes.

Emily Skinner was born on November 30, 2002, in Mission Viejo, California, to Jennifer and Steve Skinner, but she grew up in Trabuco Canyon, Orange County, California. Lauren Skinner is her older sibling. The two were dancers at a studio called ‘Dance Dynamics.’

The 18-years-old grew up watching television and became obsessed with acting and for hours, she would dress up and pretend to perform plays. Emily was a shy girl, so when she told her mother about her interest in acting, she was taken to an acting class to help her resolve her shyness. As of now, there are no rumors about her dating history in the media.