Eivin Kilcher, along with other members of the Kilcher family, stars in the Discovery TV show "Alaska The Last Frontier." Keep scrolling down to know more about him. 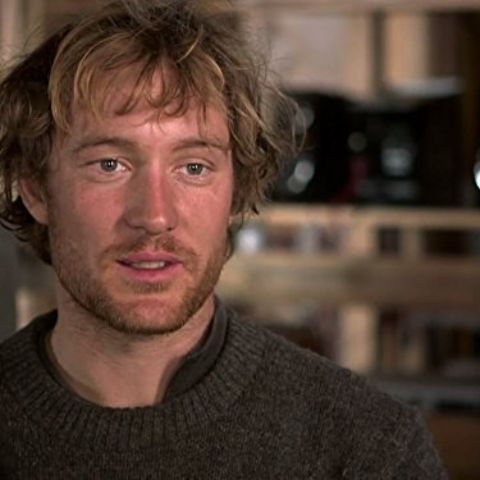 Eivin Kilcher and his wife, Eve Kilcher, are estimated to be worth $3 million. The two co-stars of the reality television show “Alaska: The Last Frontier.” As members of the series’ regular and primary cast, they must earn a substantial salary. The Discovery network does not reveal the specifics of an individual’s earnings. Eivin must earn between $7,000 and $10,000 per episode in terms of the show’s popularity.

The couple’s net worth is not solely due to earnings from the show; it is also attributed to the land and assets they own. Kilcher is a car enthusiast who currently drives a 2013 Subaru XV Crosstrek with more power thanks to installing a better engine. He also owns a 1998 Chevrolet 3500 and is working on his own “El Camino”-styled car, dubbed the Brat Project Car.

Fishing is more of a way of life for Eivin than a hobby, as he was taught to fish in Alaska’s icy waters from a young age, and hunting became one of the essential skills he needed to survive. As he grew older, he became interested in the machines found on the Kilcher grounds and began repairing them when necessary.

Another set of skills was recognizing edible plants in the wilderness, harvesting and storing them for the winter, and become the family’s primary provider before the long winters and dark days. The entire Kilcher family drew the attention of several production companies, and in 2011, was invited to appear on the Discovery Channel’s show “Alaska: The Last Frontier.” The series recently concluded its ninth season, and the cameras will be turned off until October of this year when the tenth season is expected to premiere.

Despite living in remote Alaska, the Kilcher family has found a way to entertain themselves by yodeling. During his missions to obtain food for the family, Eivin has been involved in many dangerous situations.

Eivin Kilcher and Eve Kilcher first met when they were children. They grew up on a nearby farm. Eve spent her childhood and adolescence in Gustavus, near Glacier Bay National Park in Southeast Alaska, with her mother Dana Matkin, and her summers with her father on a farm near the Kilcher Homestead. They went to high school together and eventually became sweethearts. Eivin and Eve had an extraordinary love affair before marrying.

In August of 2011, they married in a wedding ceremony. Eivin and Eve can be seen kissing in the photo below, which was taken on their wedding day. They have a happy married life and two children between them. Findlay Farenorth Kilcher was born on November 24, 2013, and Sparrow Rose Kilcher was born on September 28, 2015. Eivin’s father gave them a cabin to live in. He has developed and expanded the Cabin and the resources surrounding it.

Eivin Kilcher was born on March 6, 1983, in Homer, Alaska, USA, to Otto Kilcher and Sharon McKemie, his second wife. Eivin has a younger brother, Levi Kilcher, and a half-brother, August, Charlotte Kilcher, Otto Kilcher’s third wife. Eivin is also Torrey’s stepbrother, the son of Charlotte and her previous husband.

Growing up in Alaska’s wilderness, he was taught survival skills from a young age. Eivin has relied on his senses and local knowledge since he was young, without modern technology. He only attended a high school in Homer, and after graduation, he focused on working on the family farm.