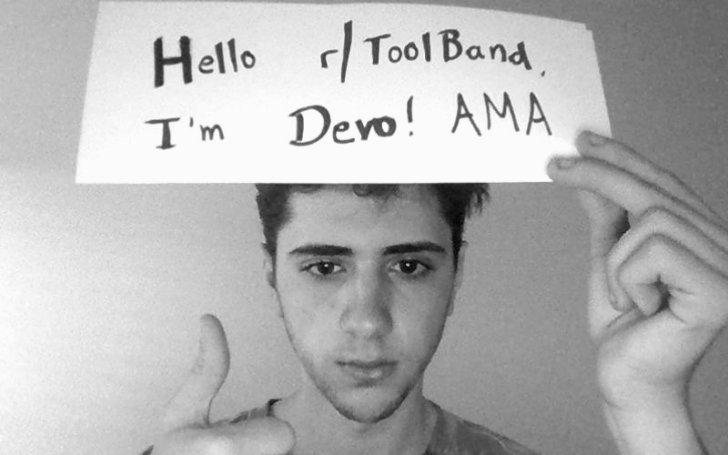 When you’re a fan of a particular celebrity, you automatically want to know all sorts of details about the person, from his lifestyle to family relationships, and not to miss love life. That is precisely how celebrity kids come into the picture, and just like that, today we’ll be talking about another celebrity child hidden in the shadows of the popularity of his father, Devo Keenan. If the last name didn’t give away already, then know that he’s the son of the one and only Maynard James Keenan, a renowned American singer, songwriter, musician, record producer, actor, martial artist, and winemaker. Here we have all sorts of details on his son, Devo Keenan.

What Is The Net Worth Collection of Musician Devo Keenan and His Father Maynard Keenan?

Net worth’s and finances are mere numbers when it comes to sensational music figures like Maynard Keenan. The singer’s enjoyed an active career in the music industry since 1986, which sums up for more than three decades. Since then, he’s made mad success for himself, winning back to back awards and earning a solid reputation for himself.

According to Celebrity Net Worth, the 56-year-old enjoys a staggering net worth collection of $60 million as of 2021. He’s earned most of his income selling records as the lead singer for the band Tool, A Perfect Circle, and many more. Not to miss that Devo’s father is also involved in winemaking, where he owns a couple of vineyards.

Maynard is the product owner in Cornville, Arizona, and two wine companies, Merkin Vineyards, and Caduceus Cellars, along with an 80-acre site called Stronghold Vineyards.

Both the son and father, Devo Keenan and Maynard Keenan, are natural music lovers. Where Maynard Keenan chose to embrace his musical career as a singer and record producer, his son decided to produce music from musical instrument cello.

Apparently, Devo was introduced to the cello after seeing Paz Lenchantin’s (original bassist for APC) sister; Ana plays the instrument. After a while, he started taking lessons to learn to play the cello, and now he often tours with his dad and plays in his concerts and gigs.

Young Keenan’s also played for many bands, some of which were his own fathers. But when it comes to popularity, the celebrity kid prefers to stay outside of the limelight and keep by himself. Devo’s father met his mother Lei Li back when she was a lab manager working at his winery. The couple happened to find an instant attraction and married after a while around close friends and family.

You may also like: All about Netflix Show Dead to Me actor Sam McCarthy

Devo shares a baby sister whose name is undisclosed due to privacy concerns, and the family resides in Sedona, Arizona, for now.

That’s about it for now; hope you found the information you needed. Make sure you follow Featured Biography for more of these reads on your favorite celebrity.