Dakota Johnson Shares About Her ‘Private’ Relationship With Chris Martin 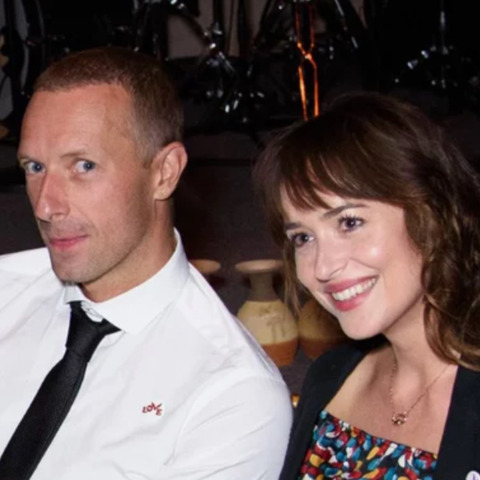 Dakota Johnson prefers to keep her connection with Coldplay’s Chris Martin private. “We’ve been together for a long time, and we go out occasionally, but we both work so hard that it’s wonderful to stay at home and be comfortable and private,” the “Fifty Shades of Grey” actress told Elle UK in an interview published Thursday.

“The majority of the partying takes place in my house.” Johnson, who has been dating Martin since 2017, also told the site that she believes she seems both younger and older than she is. “I feel 48 and 26 at the same time,” she added. “I’ve seen a lot of things in my life. I lived a lot of my life while I was young, therefore I guess I feel older.”

The “Social Network” actress is a homebody, admitting that while she should get somewhat f–ked up on a Friday night, drinking tea and watching TV is enticing to her because she works so hard.

Johnson and Martin moved into their Malibu dream house together in January. The $12.5 million home features six bedrooms, nine bathrooms, and a modern Cape Cod-style mansion spanning 5,338 square feet. Rumors about the couple’s engagement have been swirling since December 2020, but they have yet to announce it.

This hasn’t prevented the couple from fawning about each other in public. In October, during a Coldplay concert at Shepherd’s Bush Empire in London, Martin dedicated one of his songs to his “universe” (Johnson). “This is about my universe, and she’s here,” the rocker informed the audience as the band proceeded to play “My Universe,” a duet with BTS.

Johnson expressed her gratitude by clasping her palms together before flinging them both in the air and swaying to the new song. Martin was formerly married to Gwyneth Paltrow, with whom he has a 17-year-old daughter, Apple, and a 15-year-old son, Moses.