Skip to content
Home » Entertainment » Who is Courtney Stodden Dating As of 2021? Is She Engaged?

Who is Courtney Stodden Dating As of 2021? Is She Engaged? 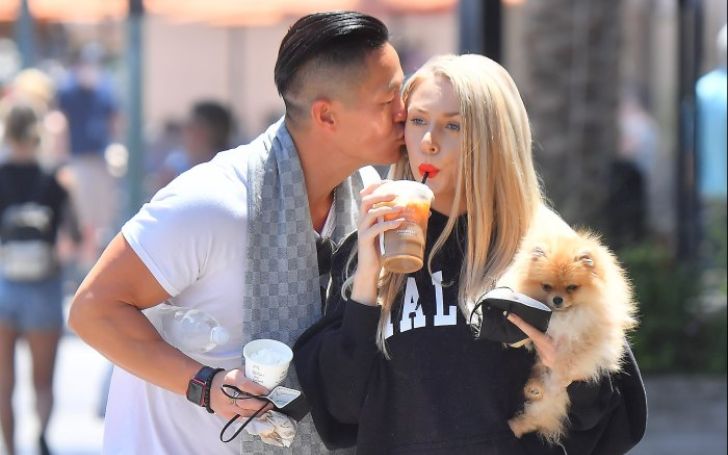 Courtney Alexis Stodden is a model, singer, and songwriter from the United States. Stodden rose to international prominence after marrying then 51-year-old actor Doug Hutchison in 2011 after competing in beauty pageants and recording original songs in their home state of Washington. The singer prefers to be recognized with pronouns like them/ theirs.

The model and their spouse were featured on the reality television show Couples Therapy and Celebrity Big Brother due to the drama and media attention. They also appeared on Reality Ex-Wives, The Mother/Daughter Experiment Celebs Go Dating, and Courtney.

Who is Courtney Stodden Dating As of 2021?

Courtney Stodden is engaged to Chris Sheng a year after the reality star ended their tumultuous marriage to actor Doug Hutchinson. On Sunday, May 30, the singer, who just came out as non-binary, announced the news on Instagram nearly a year after their previous wedding.

Chris, a 41-year-old entrepreneur who established and consulted for multiple firms, has been with his partner for almost three years. On Sunday, he posted a few photos of the actress wearing the ring to Instagram, as well as a snapshot of a candlelit dining table. Sheng proposed to them on Friday, May 28. The engagement ring, according to Courtney, is reminiscent of Daisy Buchanan‘s from The Great Gatsby, one of their favorite films.

Courtney Stodden signed up for an acting school given by actor Doug Anthony Hutchison (American character actor) via the Internet when he was 16, based on the recommendation of a friend of their maternal aunt. Doug, unaware that Courtney was a minor, initiated an online relationship that lasted four to six months, during which time they fell in love before meeting in person.

The character actor told their mother, Krista, that they had been monitoring their online communications and were aware of their relationship and age gap, that if their parents disapproved, he would end his contact with Courtney. However, their parents permitted them to make their own decision, citing Stodden’s “devout Christianity.”

The actress married Hutchison in Las Vegas, Nevada, on May 20, 2011. He married Stodden for the third time. They were 16 when they married Doug, who has been branded a pedophile and predator, and their relationship garnered controversy and criticism. Courtney’s father was four years younger than his son-in-law Anthony, as per the reports. According to Hutchison, his agent quit, his family shunned him, and he received death threats due to his marriage to Stodden. The pair announced their reconciliation in August 2014, with plans to rekindle their wedding vows later that year.

The husband and wife were rumored to have separated in January 2017 but were still living together. Courtney filed for divorce in March 2018 but did not ask for spousal support. According to their Instagram, the divorce was finalized in March 2020.