All To Know About Chris Hayes Married Life 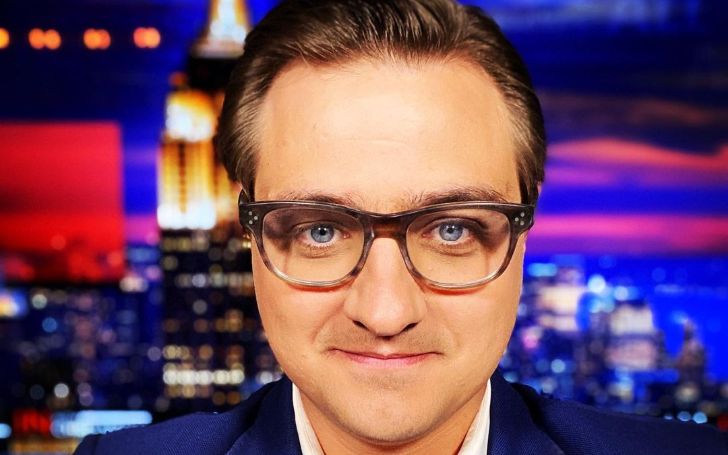 Chris Hayes is a quite popular name in the field of anchoring and journalism. If you didn’t know, then let us inform you that he’s a well-recognized American family presenter and an established author. Besides his professional life, he is also popular for her marriage with Kate A. Shaw, an associate professor of law at Benjamin N. Cardozo School of Law.

The couple has a romantic love story like a movie love story. Both Chris and Kate are quite famous in the media. The lovebirds are blessed with three lovely kids, and here are all sorts of details to know about her love life, basic information, and many more.

Who is Chris Hayes? Some Information on His Personal Life

Chis Hayes was born on February 28, 1979, in Norwood, The Bronz, New York City. He holds an American nationality, and his zodiac sign is Pisces. His mother has of Italian descent, named Geri Hayes. She works for the NYC Department of Education, and previously she was a school teacher. His father is Roger Hayes, who has Irish Catholic ancestry.

Hayes’s father, Roger, works as an assistant commissioner for the NYC Department of Health. He also spent several years leading community organizing at the Community Service Society of New York. The Hayes family moved to New York from Chicago and began community organizing in the Bronz. Hayes had a brother named Luke, who worked on Barack Obama’s presidential campaigns in 2008 and 2012.

As for the 42-years-old’s educational background, he studied at the Hunter College High School in New York. Then he joined Brown University, where he met the love of his life and received a Bachelor of Arts in Philosophy.

You may also like: Who is Bobby Parrish’s Wife? Learn About His Married Life Here.

Chris Hayes is now working as a host in All in with Chris Hayes, a weekday news and opinion television show on MSNBC. He is a well-known American political commentator, television news anchor, and author.

Chris Hayes is happily married to his lovely wife Kate A. Shaw. The couple made things official by tying a knot back in 2007. Kate is a lawyer and a teacher by profession and working as a professor at Benjamin N. Cardozo School of Law. Chirs’s father-in-law is also an award-winning Chicago journalist named Andy Shaw.

Talking about their love story, the love birds met each other at Brown University. Both came for their graduation, and they started dating each other. Chris is the first and only romantic relationship with Kate. After dating for several years then they married each other.

After four years of marriage, the couple welcomed a baby girl named Ryan Elizabeth. She was born on November 11, 2011, and now she is ten years old as of 2021. Then the pair once again blessed with a second child son named David Emanuel, born in March 2014, and a third child named Anya, born in January 2018.