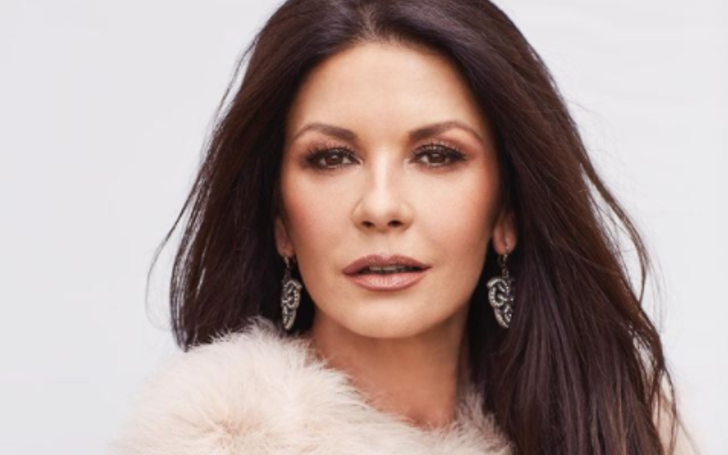 Catherine Zeta-Jones is a famed Welsh actress who made a mark in the Hollywood industry not only for a striking beauty, but also because of her skills, confidence, style and substance. She’s been ruling the fraternity with hit movies and TV series since early 1990s till today. Let’s discuss her married life, net worth, lifestyle, and many others below.

Are Catherine Zeta-Jones and husband 2Michael Douglas Still Together?

Welsh actress Catherine Zeta-Jones and the fellow American actor and producer Michael Douglas are still together. In fact, they have successfully crossed two decades of marriage. As a loving husband, Douglas paid an incredible birthday tribute to his wife Catherine on September 25, 2020, on her 51st birthday.

On the very day, the Hollywood diva woke up next to the sweetest gift from Michael, who turned 76 the same day. The legendary actor, moreover, made a video for Catherine and shared it via Instagram, for his follower’s delight sake.

That’s not all; the photo montage of their life together was added to the Green Day song Good Riddance. The Basic Instinct star referenced what a difficult year it has been in the caption. He wrote, “Happy Birthday Catherine! I bet you are glad this year is over! Here’s to the future”.

Catherine Zeta-Jones and partner Michael tied a knot on 18 November 2000 in a lavish wedding ceremony. Believe it or not, People claimed that Zeta-Jones and Douglas started living separately in May 2013. Nonetheless, they had not taken legal action towards a split.

On November 1, 2013, they reconciled, and Zeta-Jones switched into the New York Apartment. This is definitely the first marriage to a Swansea native but second to Michael. He’s previously married to a lady named Diandra Luker from March 1977 to 2000. Michael and Diandra had a son Cameron born in 1978.

In the lifetime voyage, the lovebirds became parents to daughter Carys Zeta (April 20, 2003) who turned 17 in April 2020. She gave birth to son Dylan Michael Douglas on 8 August 2000 a month before the couple’s wedding.

How Rich Is Catherine Zeta-Jones?

Daughter-in-law of Kirk Douglas, Catherine has an estimated net worth of $150 million. She adds big chunks as a global ambassador for cosmetics company Elizabeth Arden. Besides, The mother to two earns millions of dollars from each movie and television series.

When it comes to her latest project, She is set to cast in a leading role on the upcoming second season of Fox’s, Prodigal Son. The serial killer drama stars Malcolm Knight )Tom Payne) son of Martin Whitley. Catherine will portray in the latter half of the new season as DE Vivian Capshaw, Claremont Psychiatric resident MD.

The starlet has two siblings David Jones and Lyndon Jones, one of whom works at her production company. The blonde beauty had a keen interest early on in entertainment. She appeared on stage act in “Annie”, Bugsy Malone, and The Pajama Game. At age 15, she made a debut in the British revival of “42nd Street”.

Be sure to check out Featuredbiography.com for more interesting contents