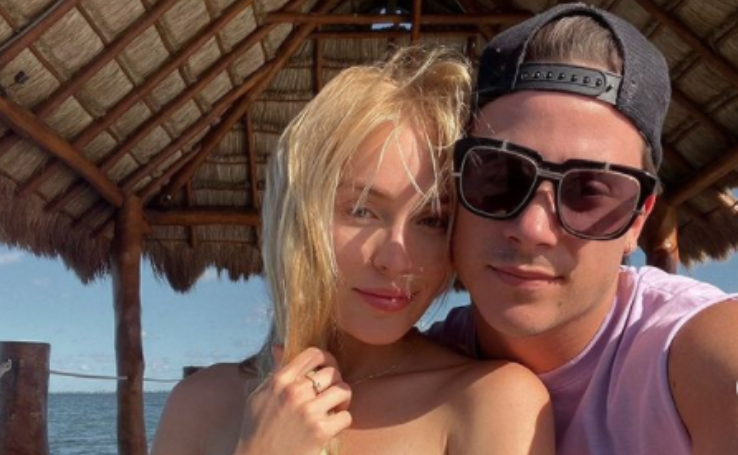 Cassie Randolph is an American television personality best known for her participation in the 23rd season of the famous dating and romance reality television show ‘The Bachelor,’ which starred American football tight end and television celebrity Colton Underwood. At the end of the event, Randolph was announced as the competition’s winner by Underwood. Randolph began her career as a substitute ESL (English as a second language) teacher at the ‘Huntington Beach Union High School District’ (HBUHSD).

In 2016, Randolph made her broadcast debut in the documentary series ‘Young Once.’ Unlike many other television celebrities, Cassie Randolph has a profession outside of the entertainment business. She is presently employed as a speech assistant and is pursuing a career as a speech pathologist. Since her debut, Randolph has featured on shows such as ‘The View,’ ‘Good Morning America,‘ and ‘Entertainment Tonight.’ Please find out more about the relationship of Cassie Randolph and her Boyfriend Brighton Reinhardt in the sections down below.

Three months after her divorce from Underwood, Cassie Randolph and Brighton Reinhardt fueled dating rumors. Fans observed them spending time together in Huntington Beach, California, with her family and “liking” one other’s Instagram pictures. On the other hand, Reinhardt put a stop to the conjecture in August 2020.

In July 2021, the pair made their relationship Instagram official. In August 2021, Randolph participated in the music video for her boyfriend’s song “Dreaming.” He stated that they were both worried about making the video but that they had a terrific time. He said that they met six years ago and that she departed to film the show.

Brighton stated that she had gone away for a few months and that he opted to watch the performance because she was his buddy. A source told us that the pair were happy than ever one month after Randolph appeared in the “Dreaming” video. The reality TV star and artist had a romantic trip at Garza Blanca Resort & Spa Cancun in Cancun, Mexico.

Colton Underwood and Cassie Randolph’s romance or the standard Bachelor chronology were unconventional. The duo was bonded from the minute they met on the season 23 premiere of The Bachelor. Even though their on-screen journey was not easy, they formed a meaningful connection when the cameras were turned off. The former NFL athlete also stated that the program aided in the development of their friendship.

The couple announced their divorce in May 2020. They announced their separation via Instagram posts. The pair’s breakup became tumultuous after Colton criticized Cassie’s plan to join The Bachelor: The Greatest Seasons Ever! in July 2020. While she didn’t reveal much about their split during her interview with Chris Harrison, the football player turned to Instagram to underline that they decided to handle their split discreetly. Consequently, Cassie retaliated, accusing Colton of attempting to profit from their divorce through a new chapter in his book, The First Time.

While Colton stated during an interview on Reality Steve’s show in August 2020 that he and Cassie were on good terms, she unfollowed him on Instagram later that month. Colton then stopped following his ex on the social networking platform. Michelle, Cassie’s sister, and Michelle’s boyfriend, Gregg Sulkin, both unfollowed him at the time.

Cassie Randolph sought a restraining order against Colton in September 2020, saying he installed a tracking device in her car, harassed her through text message, and came up unannounced to her apartment and her parents’ house after their split. The injunction was issued, requiring him to keep at least 100 yards away from her and not make contact with her. According to court filings, Colton had also been harassing Cassie via text messages, at one time posing as an anonymous stalker.

The artist filed a police report against Colton hours before their planned court appearance, alleging that he installed a tracking device in her car. Us verified that the exes’ counsel attended the hearing on October 6, 2020. The order was extended until their next hearing on November 6, 2020, after both attorneys assured the judge that they are “working to address” the matter between their clients “amicably.”

Underwood said that the matter was handled privately and that the restraining order would be lifted in November 2020. Underwood came out as homosexual in an emotional interview with Good Morning America. He also stated that Randolph was really in love, which added to the confusion and he apologized for their ugly parting.