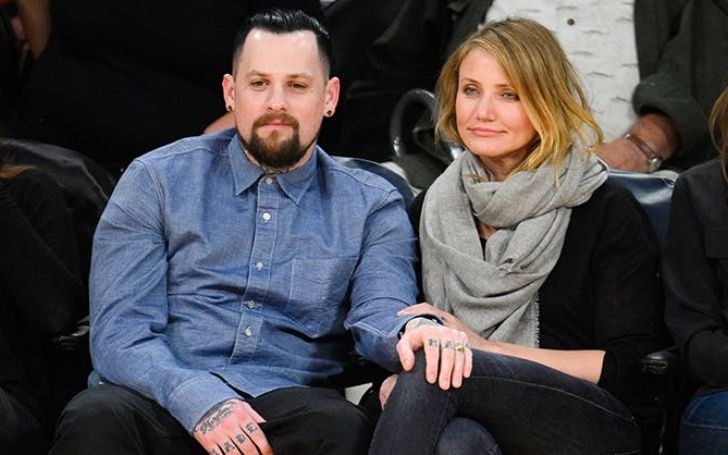 Benji Madden rose to prominence alongside his twin brother, Joel Madden, when they established a band with Paul Thomas and Billy Martin to produce their award-winning debut album, ‘Good Charlotte.’ They then formed a band of the same name.

The artist is from a middle-class family of three brothers and a sister raised by their mother after their father abandoned the family. The three brothers collaborated on a mixtape named “The Madden Brothers: Before Volume 1,” which became successful and established their music careers. So, how did he achieve such height in his career? Let’s find more about him down below.

Benji Madden is a $40 million net worth American producer, performer, and musician. Madden is most recognized as the lead guitarist and backup vocalist for the rock band Good Charlotte. Throughout his career, Benji has collaborated with his identical twin brother, Joel Madden, with whom he has formed the pop-rock band, the Madden Brothers.

Cameron Diaz, his wife, is a California-born model and actress who has a net worth of $140 million. Their combined net worth is $180 million. Cameron is presently the fifth highest-grossing actress in the United States, with total box office ticket sales over $7 billion. They’ve been leading a fulfilling lifestyle.

Benji Madden’s wife owns several notable properties in the United States, particularly in New York and California. She spent $1.34 million on a property above the Sunset Strip in Los Angeles in 2001. She still owns this property, but her permanent abode is a considerably larger Beverly Hills compound she purchased from fellow actress Candice Bergen in 2010 for $9.5 million.

For many years, Cameron held a Greenwich Village apartment in New York, which she sold in 2015 for $4 million. But don’t worry, Cameron still has a home to live in New York City owing to a $9.5 million condo she purchased in the Chelsea neighborhood in 2013.

Benji Madden and Diaz paid $2.178 million for a property in Studio City in 2017. The house is described as “modest,” but it is nonetheless rather lavish by the standards of the typical pleb. The mansion, built in 1964, has 2,483 square feet of living space, marble countertops, a massive pool, and spectacular views of the surrounding valleys.

The couple spent $14.7 million for a new Beverly Hills mansion in October 2020. This unique home significantly improved over their former residence, encompassing 9,000 square feet of living area with seven bedrooms and ten baths. Among the attractions are French doors, a temperature-controlled wine cellar, and a pool with waterfalls. The estate is situated on 1.7 acres of ground and is located in a gated enclave, as one would expect from a town like Beverly Hills.