Brittany Anne Murphy-Monjack was a late actress and singer from the United States. She received her big break as a regular on the sitcom Drexell's Class when she was 14 years old. Learn more about her down below. 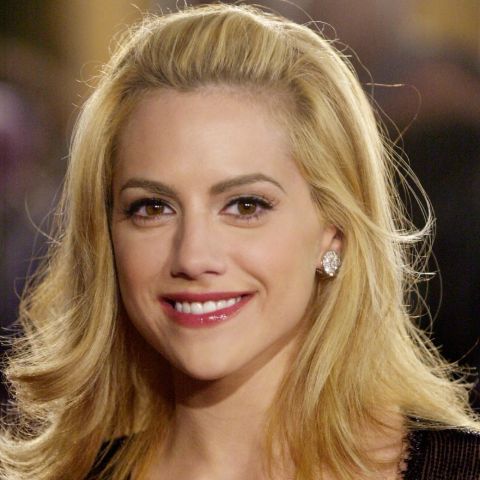 Brittany Murphy was an American actress and singer who died in 2009 with a net worth of $10 million. She paid $3.85 million for a property in Los Angeles, California, in June 2003. Britney Spears sold her house to her. Britanny’s mother, Sharon Murphy, tried to sell the house for $7.25 million a few months after she died.

The celeb’s mother was able to sell it for $2.7 million in July of 2011. This was seen as a problematic sale, owing to the home’s reputation for being “haunted” following its owner’s tragic death. Years later, a developer bought the property and demolished it. The developer offered this stunning building in 2016 for $19.75 million after erecting a new dwelling on the empty site. It was eventually sold for $14.5 million in March of 2017. The property changed hands again in 2020, this time for $12.2 million.

Brittany Murphy began professional acting, singing, and dance training at four in New Jersey. When Brittany was 13 years old, she landed her first role in the sitcom “Drexell’s Class.” With shows like “Blossom,” “Murder One,” and “Frasier,” she landed a slew of other TV roles. Murphy has had regular parts on “Boy Meets World” and “Sister, Sister,” among others.

The actor’s breakout part occurred in 1995 when “Clueless” was released. She followed up with “Drop Dead Gorgeous” after a couple more independent films before obtaining a voice acting in “King of the Hill.” She starred in films such as “Don’t Say a Word,” “Just Married,” “Little Black Book,” and “Spun” in the 2000s.

During this time, Brittany also maintained her voice acting career with a role in the animated film “Happy Feet.” Her job was cut short in 2009 by her unexpected death after a few more high-profile films in the 2000s.

Brittany Murphy’s first high-profile romance was with Ashton Kutcher in 2002; she has dated many other celebrities throughout the years. She was formerly engaged to Jeff Kwatinetz, a talent manager, and then to Joe Macaluso, a production assistant.

In the end, she married Simon Monjack, a British screenwriter, in 2007. Following that, they spent the remaining few years of their lives together in a Los Angeles mansion. Brittany and Simon would both be found dead in the same house years later.

Brittany Murphy passed out at her Los Angeles home on December 20th, 2009. Firefighters attempted to resuscitate her after authorities arrived on the scene. After being transferred to a local hospital, she, unfortunately, passed suddenly a few hours later. Cardiac arrest was her official cause of death.

An autopsy was performed to ascertain the cause of her death, but coroners determined that she died of natural causes. On her death certificate, however, the official cause of death was noted as “delayed.” Authorities announced months later that pneumonia was her primary cause of death. Anaemia and drug abuse aggravated the situation.

Before her death, Brittany was found to be taking a variety of prescription and over-the-counter drugs. Although the police indicated that she was not taking the medicines recreationally but rather to treat a cold, they explained that the combination of these drugs might have caused harmful consequences.

Even though the mystery surrounding her death appeared to be solved, her surviving husband, Simon Monjack, was later discovered dead in the same house, under very similar circumstances. He, too, died of pneumonia and anemia, according to reports. People immediately began to question if something inside the house, such as mold, was to blame for the fatalities. The coroner, however, later ruled this out.

The 32-year-old’s mother, on the other hand, later asserted that deadly mold was the cause of both deaths, and she went on to launch a lawsuit against the home’s constructor. Murphy’s father eventually came forward with an alleged toxicology result proving that his daughter had been “deliberately poisoned,” adding to the mystery. The claims of poisonous mold and poisoning have never been proven in court.

Brittany Anne Murphy-Monjack was born in Atlanta, Georgia, on November 10th, 1977. Her parents split when she was two years old, and her mother reared her in a Baptist household in Edison, New Jersey, alongside two half-brothers and a half-sister. Brittany knew she was destined for a career in the entertainment industry even before she started high school.

The artist’s mother moved the entire family to Los Angeles in 1991 for her daughter to pursue this future career. Murphy asked her mother if they might move to Los Angeles to improve her career, and she said yes. She subsequently remarked that her mother’s encouragement during this early period was one of the most critical aspects of her success and that she “always believed in her.”