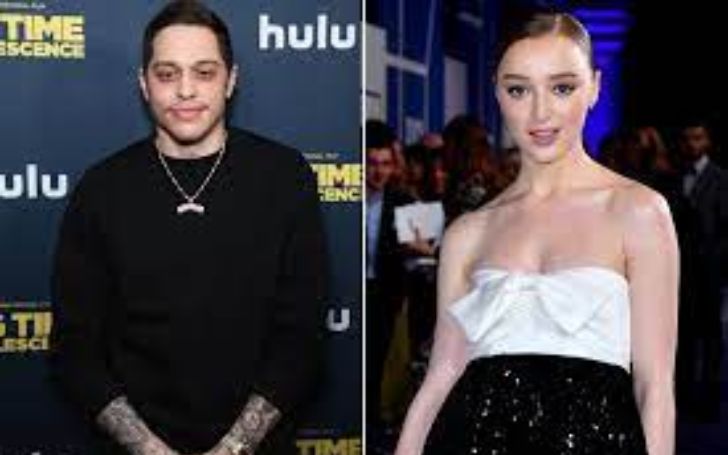 Love is in the air. The rapid connection between Pete Davidson and Phoebe Dynevor seems to be heating up. According to ET, the pair met at a gathering in NYC and since hit it off.

Pete and Pheobe started off the relationship as friends and steadily realized there was something between the two. They started casually dating though things have gotten a bit more serious recently.

The source adds that the two have traveled between NYC and England to chill with one another while also working. Pete Davidson and Phoebe Dynevor sparked whirlwind romance speculations earlier in March when people caught them holding hands while in the U.K. together.

Davidson and Dynevor were spotted walking together in Caverswall Staffordshire on Sunday, March 21. An eyewitness told ET, they seemed like a couple as the lovebirds were holding hands and hugging while walking. They looked quite happy and gushing together.

Following his split from Ariana Grande (after they exchanged vows in June 2018). Davidson then shortly dated Kate Beckinsale. Davidson also dated Kaia Gerber in October 2020. Peter and Kaia just a week after calling it to quit with former girlfriend Margaret Qualley. They broke up in December.

As for Dynevor, she’s previously dated recruitment executive and Skins actor Sean Teale. The starlet and her Bridgerton co-star Rege-Jean Page also sparked rumors though they never confirmed. The Bridgerton star Phoebe Dynevor and comedian Pete Davidson stroll past her house in The Square over the weekend.

Phoebe is currently in North Staffordshire as filming of the new Sky drama The Colour Room based on Clarice Cliff’s life gets underway this week. Meanwhile, Pete is widely popular as a cast member on Saturday Night Live and fir previously dating singing sensation Ariana Grande.