Brian Peppers, born on November 1, 1968, in Toledo, Ohio, USA, is a sex offender-turned-internet celebrity, perhaps best known to the world as one of the few people who have become a meme – a trending type of entertainment, in the form of humorous images or videos. 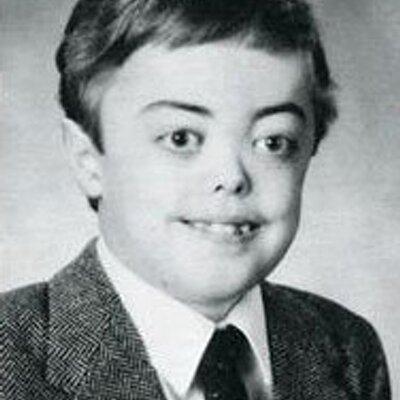 Brian Peppers first appeared on the internet on March 26, 2015, on the 4chan-like platform ytmnd.com, which stands for “You’re The Man Now, Dog.” He had a condition that caused his body to behave differently than a normal human’s, most likely a degenerative bone disease or a syndrome like Crouzon syndrome or Apert syndrome.

There’s also the fact that the right side of Brian’s wheelchair can be seen in almost all of his online photos, indicating that he couldn’t walk and had to be cared for in a nursing home. His images have been quite prominent in the underground of the surface web, but his life is now almost forgotten. He died on February 7, 2012, at the age of 43.

Brian Peppers‘s yearbook photos, which were given by people who went to school with him, appeared a few months after the original image. A certain ytmnd.com user created an entire website filled with pictures and videos of Brian’s most popular internet picture with a variety of captions, mostly photoshopped onto another context, with another typically feminine individual in the shot, accompanied by a caption such as ‘BRIAN NO!!!’.

The sex offender’s caption pictures went viral due to his out-of-the-ordinary presence and the aforementioned allegations. As is common with memes, most people who post them are unaware of the true backstory, and so Brian went from being a paralyzed person with significant physical problems and molestation allegations to a frightening stalker and the disturbingly eerie shady individual who seems to want to molest anyone around him.

Of course, overreacting is half the fun in almost every situation, but the internet has a tendency to forget that there is a real person behind all the jokes.

The Truth About Brian Peppers

Since neither Brian nor anyone close to him ever discussed the incident that resulted in him being labeled as a sex offender, ytmnd.com users devised their own theories as to why this occurred. One of the most widely held views is that Brian never wanted to grope someone. This accusation suggests that Brian actually pulled on a nurse’s dress, or other clothing or body parts, to request medical treatment of some kind, at which point the nurse misinterpreted the message and fled in fear.

The only established reality here is that he was accused of assaulting a medical worker, though the exact specifics of the whole incident are unlikely to be revealed. Finally, another ytmnd.com user claimed to be Brian’s brother, claiming that Brian was unable to move much of his body, due in part to alcohol addiction as a result of the internet’s obvious slander and that Brian had blood clots throughout the majority of his body.

In the end, this user was shown to be the source of a false backstory, as he reported (before Brian died) that ‘Brian had left this world in the early morning,’ and then he added ‘in a time machine lol’. This user fooled many ytmnd.com users for months before revealing that he was kidding!

Brian Peppers was born with physical and mental disabilities, and he seems to have led a miserable and confused life, alternately loathed and hated from childhood until his death at the age of 49 in 2012.