Bijay Biniya is known for his dancing skills in TikTok. he has gained more than 9.6 million fan followers on the TikTok platform. The famous TikTok Star Baniya is living in Sydney, Australia, as of 2021. 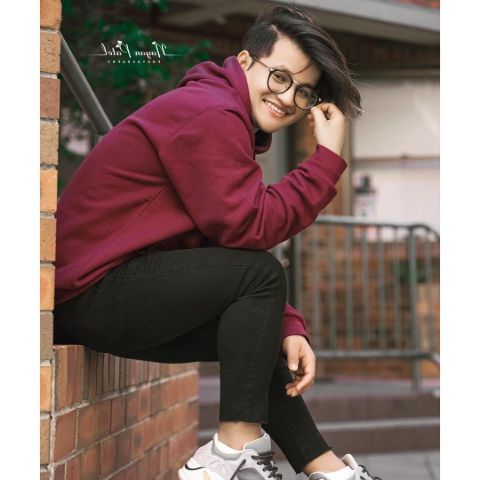 The popular young star, Bijay Baniya, is a Nepali TikTok star who is best known for his dancing videos. Also, he has gained more than 9.7 million fan followers on the TikTok platform. Although he has got too many followers on TikTok, his account hasn’t been verified yet.

The TikTok star Bijay managed to make quite a whopping bank balance for himself by uploading videos on YouTube. Talking about his net wealth, he didn’t reveal his net worth yet. But he is living a luxurious life in Australia. We don’t know whether he is working or studying in Australia. He must be working there and generating wealth from his TikTok videos.

Bijay Baniya is also known as Bijju. He started uploading his dance videos from an app called Musically. Musically is a platform where people can share their videos for free. Now, Musically is overcome by TikTok.

Bijju gained popularity when he uploaded a dance video in a song called, ‘Sanni’ sung by Nepal Idol Winner Buddha Lama with his partner Pradeep Lama. He has got 17.3 million views and 1 million love reactions in that particular video. The video had gone viral. After gaining fame, Baniya started to appear in several music videos.

Baniya featured in Kavi Devkota‘s dance music video collaborating with The Next Team in 2019. He had shown his dancing skills and impressed the audience, and the video got 9.2 million views on YouTube. Then he again appeared as a lead character in another music video named Nirmaya, collaborating with the same team in the same year.

Then, Bijay formed a group named Team Nep-Dreamerz with his friends. The group uploaded a dance music video named Supari Dana ko Kudko in 2020. The audience highly appreciated his work, as popular singer Almoda sang the song. They got 38k subscribers on their YouTube channel.

Is Bijay Baniya Dating Anyone?

Talking about the 26-years-old Bijay’s relationship, he didn’t reveal his relationship status. According to our database, he isn’t married yet. He might have a girlfriend, but there is no official information about his love life. He likes to keep his love life private.

Bijay hasn’t talked about his past relationships. We assumed he is focusing on his career for now. He had placed a great name in TikTok by his dancing skills. Most of his followers on Instagram and TikTok are from the girl side.

Bijay Baniya was born on November 30, 1995, in Kathmandu, Nepal. He is twenty-six years old as of 2021. Baniya spent his childhood in Nepal. He is Nepali by Nationality. We don’t have much information about his parents, but According to famous birthdays, he has two younger sisters named Sikha and Sushmita.

Baniya completed his education in Kathmandu, but the name of the school and college is unknown. Currently, the famous TikTok Star Baniya is living a Sydney, Australia.