Skip to content
Home » Entertainment » What Is The Net Worth Collection of TikToker Bella Poarch? Find Out The Details Here

What Is The Net Worth Collection of TikToker Bella Poarch? Find Out The Details Here 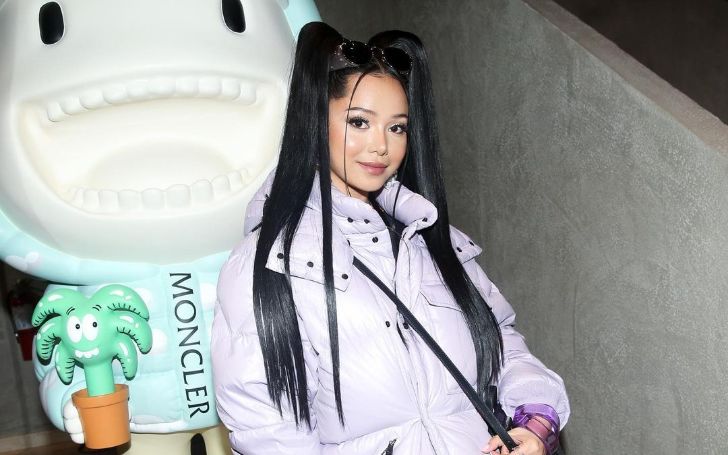 TikTok has brought a new generation of influencers into the world. For many creators, stardom arrived unexpectedly. Bella Poarch is most known for creating the most popular TikTok video of all time. But she’s more than just a viral lip-syncing sensation. According to Yahoo, Poarch is the TikToker with the most popular video on the app. Poarch merely lip-syncs to Millie B’s “M to the B” while nodding her head and making charming faces in the video.

Poarch currently has 77.9 million followers and 1.7 billion likes (via TikTok). Poarch’s “M to the B” video, which earned her a TikTok celebrity, has over 47 million views. With so many likes and followers, you’d assume she’d have a pretty good bank account to back it up. So, let’s know all the details about her wealth.

Bella Poarch is also a Filipino-American singer and social media personality. According to sources, Bella has amassed an impressive net worth of $1 million as of 2021. She is presently earning a substantial sum of money via TikTok and Instagram sponsored posts. Moreover, Poarch makes roughly $30K for a TikTok-sponsored post, according to sources. Similarly, she earns between $13k and $23k for an Instagram-sponsored post.

TikTok star is also well-known on Instagram, where she often updates her followers with new photographs and videos. She has 12.7 million followers on her Instagram account. In addition, Poarch is also active on other social media such as Facebook with 1.4 million likes and Twitter with 608.1k followers.

Recently, Bella uploaded her first-ever song with a video titled Build a B*tch on YouTube and other streaming platforms. The song gained 264 million views on YouTube till now. Also, her YouTube channel got 4.44 million subscribers from that one video. Poarch’s “Build a B*tch” has been ranked 58th on Billboard’s Top 100 on May 24th, just ten days after the music video’s premiere. So, the song has earned thousands of dollars from different platforms.

In her childhood, Bella spent the majority of her time in the Philippines. She and her family then relocated to Hawaii. She remarked a couple of times during a TikTok Q&A session that she had a difficult childhood. Furthermore, Poarch is a powerful woman who has previously served in the US military. She has been a member of the US Navy since 2017, and her first Instagram post was about her time in the service. She is currently retired from the Navy and is a proud Navy Veteran.

The 24-year-old created a TikTok account in April 2020 to show off her comedic side. She began with a TikTok gaming video. Bella eventually made a series of comedic lip-sync and dance videos. Her early videos, however, did not help her gain popularity. It was in August when she became a TikTok sensation.