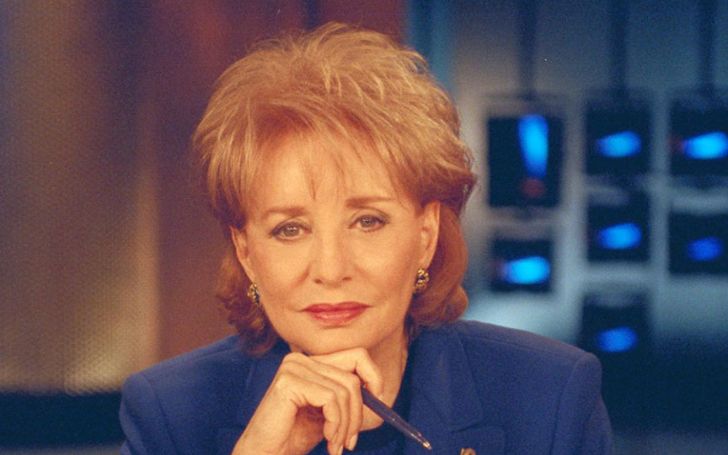 Barbara Walters remains the perfect example of an empowered woman who made a name for herself in the journalist field with decades of hardwork. Despite growing up in a relatively patriarchal society, the 90-year-old continued believing in work ethics and paved her path to achieving success. Her introduction would be incomplete without mentioning her as the host of numerous programs like Today, The View, and 20/20. The veteran might be retired now, but her career achievements are significant enough to create a legacy. So, Today we take you close to her net worth, career, and personal life.

Talking about the finances and income of Barbara Walters, she has nothing to worry about considering her decades of experience at the very top level. Specifically, she amasses a whopping net worth of $170 million as of 2020, which is quite staggering, to be honest. Even though she retired in 2014, the former host of ABC Evening News enjoys her old age in the best possible way around all sorts of modern-day amenities.

With more than five decades in journalism, Barbara Walters wasn’t just another television host. One of her best works includes the creation of hit show ‘The View,’ which consistently brings higher viewership despite her retirement. With her 50% ownership in stake, she decided to cash in on her lawyers’ advice. Following the ownership change, it saw her net worth go to $170 million and beyond.

Making more money isn’t Walters’s primary objective, as she also believes in giving back to society. In fact, she donated a massive $15 million to Sarah Lawrence College, her alma mater. Interestingly, it was the largest single donation in the school’s great history.

Hosting television shows and interviewing top personalities can be challenging, but Barbara Walters makes everything look like a cakewalk. Interestingly, she is best known for her contributions to ABC News and the network’s hit shows like ABC Evening News, 20/20, and The View.

Walters then worked hard to create, produce and co-host the ABC daytime talk show, The View in 1997, which happens to be one of her career-defining works to date. In fact, she bagged three Emmy awards and numerous nominations for her contributions to the top-rated show. She retired in 2014 and made her final on-air appearance for ABC News in 2015.

While Barbara Walters accomplished massive success in her professional endeavors, she failed to fulfill her romantic void. She is a four-time divorcee, as she was never able to sustain any of her relationships. For the first time, she tied the knot with former Navy lieutenant Robert Henry Katz in 1955, only to get an annulment in 1957. In her second time, she married theatrical producer Lee Guber on December 8, 1963. The pair even adopted a daughter, Jacqueline Guber, but failed to make their romance work as they got divorced in 1976.

Hoping to get her love success in the third time, Barbara Walters exchanged her vows with Lorimar television’s CEO, Merv Adelson, in 1981. However, the bad luck didn’t leave her side as they separated with a divorce in 1984. Surprisingly, Walters patched things up again and remarried with her third husband in 1986, only to get another divorce in 1992. In fact, the 90-year-old journalist also revealed how she dated lawyer Roy Cohn in college.

You May Like: Grab the Net Worth details of Jamie Yuccas in her bio.