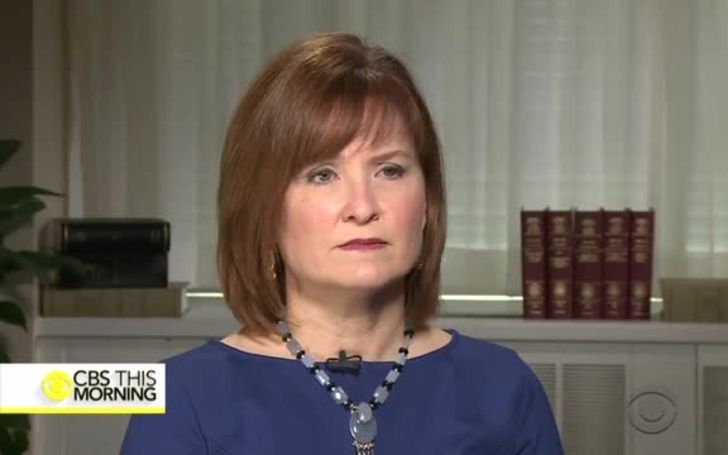 Anna Werner is the epitome of woman empowerment in this generation as she burnt the midnight oil for years to make a name for herself. Being a top journalist like her is full of challenges and hardships, but the talented diva is someone who makes the task look like a cakewalk in all honesty. Her introduction would be incomplete without mentioning her job as the consumer investigative national correspondent for the reputed ‘CBS This Morning’ in New York. So, today we take you close to her personal life, net worth, and career details in brief.

When it comes to finances, the CBS correspondent Anna Werner has nothing to worry about, considering her vast experience in the media industry. Specifically, Werner gathers a whopping net worth of $500,000 as of July 2020. The six-figured bank balance is more than enough for the diva to enjoy a lavishing lifestyle around all sorts of modern-day amenities.

As the consumer investigative national correspondent of ‘CBS This Morning,’ Anna Werner enjoys a lucrative salary. As per estimates, she makes around $102,548 per year, the average salary of a CBS News Correspondent. Furthermore, the diva earns an additional amount of salary from her reporting works across other CBS News broadcasts like ‘CBS Evening News,’ ’48 Hours’, and ‘CBS Sunday Morning.’ With age by her side, the day isn’t far when her net worth will touch the $1 million mark.

Anna Werner’s career is the only reason why she is known-figure around the American media industry. While many might be popular with her stable job as the consumer investigative correspondent for ‘CBS This Morning’ in New York, the diva struggled a lot to get into the position. In the past year, she reported several investigative stories like phone scammers, insulin pricing, high medical costs, and lead in drinking water. Furthermore, she even reported a story on electric shock devices used on students at a Massachusetts special needs school, which helped her win the New York News Women’s Front Page Award.

Before joining CBS News, Werner achieved vital experience from working as an investigative reporter at CBS stations in Indianapolis (WISH), Houston (KHOU), and San Francisco (KPIX). In fact, at KHOU, she rose to fame by initiating the national investigation of defective Firestone tires on Ford Explorers. Similarly, at KPIX, she covered a story on I.C.E. deportation practices and another for donated clothes that ended up being sold for profit in Africa.

While Anna Werner remains exceptionally vocal about her professional endeavors, she prefers to keep a low-profile of her personal life. Consequently, there is no clue whether the CBS journalist is single, dating, or married to anyone. Talking about her background, she is a native of Chicago but currently lives in New York, where her work is based.

Talking about education, Anna completed her graduation with a degree in broadcast journalism from Northern Illinois University. Over the years, Werner bagged several awards for her journalism, including 33 Emmy Awards, three Investigative Reporters and Editors Awards, and a George R. Polk award.

You May Like: Grab the Net Worth and Career Details of Adrienne Clarkson.

One thought on “Anna Werner”