Amber Burch is the infamous personality who rose to fame as the proclaimed wife of drug-addicted Satanist Pazuzu Algarad. She'd been a stem teacher at Central Elementary School as a part of the crooked oak system teaching students science, technology, engineering, and math. 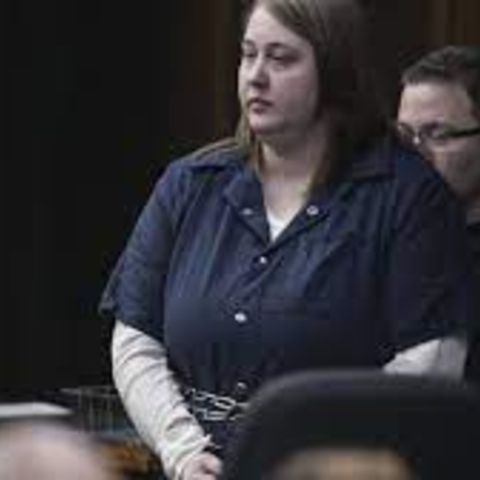 Amber Burch was in an abusive relationship with Pazuzu Algarad

Amber Burch is currently single. In fact, she has been sentenced to 28 years of imprisonment (2017-2045) for shooting Joshua Fredrick Wetzler and Tommy Dean Welch. Burch, 24, and her partner Pazuzu Algarad were arrested in 2014.

The lovebirds were charged with murder when human remains were found in their Knob Hill Home. And, Algarad murdered himself a year later. She was accused of second-degree murder, armed robbery, and accessory after the fact. Their sentence began on 9 March 2017 and will end (projected release) on 20 May 2045.

The nature of Burch and Pazuzu ‘s affair was unclear, but those close to the claim that there’s was an abusive relationship. The two never got married or engaged. Yet, he called Dixie and Amber his fiances. He had numerous women followers.

What actually happened at Pazuzu House?

Amber Nicole Burch was sitting on the porch in early October 2009 while her friend Dixie Ross arrived at the Cynthia James’ house at 2749 Knob Hill Drive in Clemmons. Ross didn’t exactly know why Burch had summoned her there. However, as the night went on, she learned that Burch asked her to help bury a body in the backyard as per 2014 search warrants unsealed in 2017.

According to search warrants, Ross helped Amber dig a hole in the backyard near a fire pit and then help Pazuzu Algarad. He was an avowed Satanist and Burch’s boyfriend. Burch buries the body of Tommy Dean Welch. It happened until October 2014 that sheriff’s deputies found Welch and Joshua Fredrick Wetzler’s skeletal remains. The two men had been since for five years.

Algarad, the alleged ringleader, was sued with first-degree murder and accessory after the allegations of first-degree murder. Nevertheless, he killed himself in October 2015 before his case ever got to trial. Forsyth County Sheriff’s deputies investigated the house in February of 2010 and and cadaver dogs from Triad Bloodhounds. Sadly, they found no evidence of a homicide and discovered nobodies.

Amber Burch was born o January 2, 1990, and raised in Rock Hill, South Carolina. When it comes to education, she graduated in 2008 from Rock Hill High School, where she played bass in the string orchestra. Amber and her family were avid horse lovers. Besides, Burch even brought her friends to the stables to go riding. Sooner or later, she switched to Winston-Salem and started distancing from her friends.

Keep coming back to featuredbiography.com for more contents.