Altair Jarabo, a Mexican fashion model and actress, is well-known for her work in 'Glamour Magazine' and 'Open Magazine.' Know more about her down below. 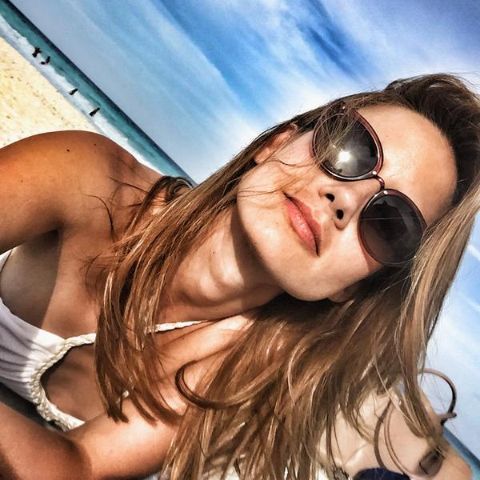 The 35-year-old was interested in modeling in her childhood days. Her parents support her in modeling. Altair is a Mexican citizen. She is of Latin American ethnicity. On the other side, she is a well-educated model and actress, although the name of her university is unclear.

Altair Jarabo is reported to have a net worth of around $3 million. Her professional career as a model and actress earns her money. Jarabo is an extremely private person who has not disclosed her personal information to the public. Altair is a successful model and actress in the fashion industry. However, her salary, income, cars, and properties are still being scrutinized.

The model began her modeling career at a young age. She worked in certain exhibitions and appeared on such occasions as a model. She appeared on the covers of ‘Opened Magazine,’ ‘Glamour Magazine,’ and other publications, making her well-known in the fashion industry. She was a model for ‘Cover Girl’ beauty goods.

Jarabo also played Gaby in the 2002 film ‘Subete a mi moto.’ She was allowed to work on major television shows such as ‘Un nuevo Amor,’ ‘EI Amor no Tiene Precio,’ ‘Codigo postal,’ ‘Medicos,’ and many more. She debuted as Romina Mondragon Rios in ‘En Nombre del Amor’ after appearing as Diana Montero in ‘Que te perdone Dios’ in 2015.

Altair Jarabo’s had her fair share of boyfriends in her life. She had multiple boyfriends before breaking up with her ex-boyfriend Carlos Vela. According to some sources, Eduardo Yane was Altair’s first lover. She has had brief relationships with Alejandro Ruiz, Eugenio Siller, and her reported boyfriend, Sebastian Zurita.

The artist stated that she, too, would live to fall in love, but the designated one has yet to appear. For the time being, nevertheless, she is content with her single status. Not only that, but she is so preoccupied with her tasks that she rarely has time to pay attention to others.