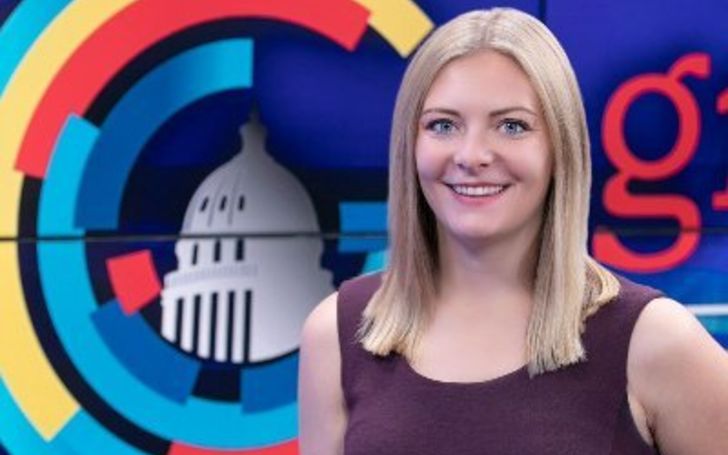 Allison Maass is one of the promising female journalists who currently works at Gray Television Washinton News Bureau as a multimedia journalist. Previously, she has the experience of serving as a reporter at Circa. If you have any queries regarding the beautiful lady’s personal or private life, don’t miss the article in the following paragraphs!

Is Allison Maass Dating Anyone? What’s Her Relationship Status?

Allison Maass is extremely secretive when it comes to her private life, let alone her love life. There has been any news or article of her relationship status in the media. This can be understood as most media personnel maintains privacy due to the nature of the profession.

The Gray Television multimedia journalist’s only social media presence is on Twitter. However, she shares and posts things exclusively related to her work.

You Can Also See: UCLA Water Polo Coach Adam Wright Happily Married With His Wife of Many Years. Also Has Kids!

The blonde has been professional throughout her life and gives her best in the job she takes as any top journalists do around the world. Well, everyone has their own right to do whatever they prefer!

Most of the time, she is occupied with her hectic work schedule in her free time; she likes to spend time with her close ones. At present, she is living in Arlington, Virginia.

Allison Maass’s Net Worth And Career

The 26-year-old reporter worked as a reporter for almost two years at circa.com. While at Circ, she covered various national topics and used to travel to states like West Virginia and Indiana and make reports on the opioid and drug crisis. She also worked in New York for a while before the movie to Washington, D.C, in 2017.

Maass joined Gray Television in 2019 and since has been working as a off-air multimedia journalist covering the news in the Washington D.C. Metro area.

Allison Maass was born Allison Dieltz Nee Maass on May 07, 1994, in Big Lake, Minnesota, United States. She studied at the University of Minnesota-Twin Cities, where she got her Bachelor’s degree in journalism in 2015.

While at college, she served as a reporter and a correspondent for campus reform in Sinclair Broadcasting. After her graduation, she began her journalism career, working as a reporter circa.com.

If you want to read more similar celebrity articles, check out the website Featured Biography!