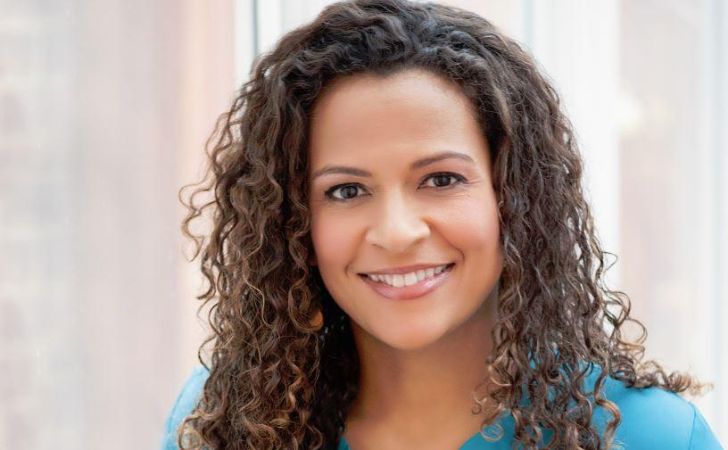 Alison Stewart is the perfect example of an empowered woman who defied all the odds by becoming a top journalist in the media industry. Despite all the hardships and challenges that come with journalism, she dealt with everything with ease with her versatile skill set and persona in front of the television. Her introduction would be incomplete without mentioning the fact that she was the political correspondent for MTV News in the 1990s. Today, we take you close to the net worth, career, and personal life of the charismatic diva.

No matter how difficult journalism is, it has its perks in terms of its response financially. Alison Stewart’s three-decade-long career not just helped her to gain popularity among the television viewers, but also amass a significant net worth. Specifically, she gathers a staggering net worth of $1 million as of August 2020. Such a colossal bank balance helps the 54-year-old to live a lavishing lifestyle around all sorts of modern-day amenities.

According to Payscale estimates, Alison Stewart should earn around $40,747, which happens to be the average salary of journalism in the entertainment industry. Despite a resounding journey in the media world, she expanded her resume to become an author by publishing her book ‘First Class’ in 2013. Later, she wrote her second book, ‘JUNK: Digging Through America’s Love Affair with Stuff’ in April 2016.

Alison Stewart embarked her career way back in 1988 as an assistant in MTV and pushed through the ranks pretty quickly. In 1991, she joined the MTV News as a segment producer as she impressed director, Linda Corradini. She reported and produced the network’s first ‘Choose or Lose’ campaign, which covered the 1992 presidential race, which helped her win a Peabody Award. She left MTV and made a switch to CBS News in December 1996, where she contributed for several networks like ‘CBS News Sunday Morning’ and ’48 Hours.’

Alison’s next big move was to ABC News in the early 2000s when she co-anchored the network’s early-morning news program, ‘World News Now’ with Anderson Cooper and reported to ‘Good Morning America’ and ’20/20 Downtown.’ The 54-year-old then moved to MSNBC to serve as the daytime anchor and primary substitute host for ‘Countdown with Keith Olbermann’ and ‘The Rachel Maddow Show.’ Furthermore, her adventurous personality enabled her to move to NPR in May 2007, where she hosted a morning drive show called ‘The Bryant Park Project, ‘ which targeted adults between ages 25 and 44.

You May Like: Know about the net worth and personal life of William Brangham.

Stewart worked for PBS before returning to CBS News again in the early 2010s. In addition to that, she hosted the first season of the ‘TED Radio Hour’ produced by TED and NPR. She made a comeback to PBS as a special correspondent and fill-in anchor for NewsHour Weekend and Charlie Rose. Moreover, she was added to the WNYC line up to host a midday show titled ‘All of It with Alison Stewart.’

Alison Stewart remains famous for her success as a journalist, which enabled her followers to pay special attention to her personal life as well. The role-model of many is a married woman who tied the knot with MSNBC Vice President of Programming Bill Wolff in November 2006. They exchanged their vows in an intimate wedding ceremony in front of close friends and family in Cipriani 23rd Street, New York . She shares one child with her beloved husband.

Talking about the background and early life of Alison Stewart, she was born in Glen Ridge, New Jersey. She was born to the senior vice president for corporate affairs at Squibb Corporation, a pharmaceutical company in Princeton, New Jersey. Likewise, her mother was a biology teacher at Columbia High School. For her education, she graduated with a Bachelor of Arts degree from Brown University, which helped her start her broadcasting career. Interestingly, she was the music director for the school’s radio station, named, WBRU.

Also See: Hari Sreenivasan’s inspiring career led him to own a massive net worth. Grab all the details right here!