Alexandra Anele rose to fame through her makeup artistry on social media sites, but besides being a makeup artist, there's more to Alexandra that very few know. Here are the untold facts about her Relationship status, net worth, and early life. 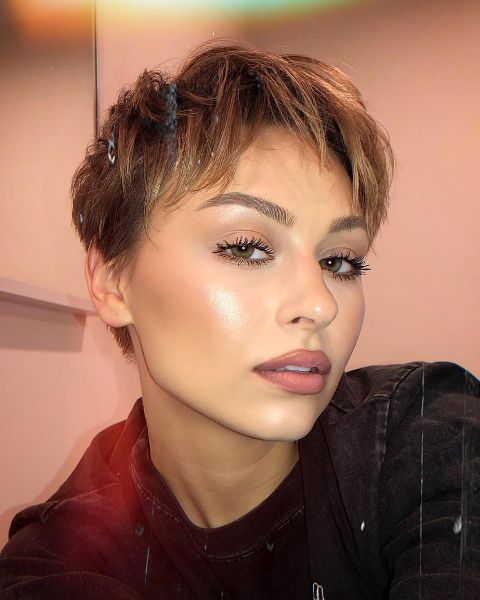 Alexandra Anele is one of the famous makeup artists on YouTube, but as far as her dating life is concerned, there is no information whatsoever on it. Her dating history is entirely under wraps. There are no clues from the makeup artist’s social media profiles pointing to who she has dated previously.

The 30-year old’s current relationship status is not clear as of now. However, according to sources, Anele has had at least one relationship previously. The makeup artist herself has never given any clues revealing her relationship status. The beauty Youtuber has not been engaged once.

Alexandra Anele Net Worth and Career

Alexandra Anele is a makeup artist and social media influencer. With over 900,000 subscribers on YouTube and over 250,000 followers on Instagram, Anele is one of the most celebrated beauty stars. She has collaborated with a multitude of companies through social media. She works directly with Pat McGrath Labs, Make Up For Ever, Dermalogica, Smashbox Cosmetics, and Marc Jacobs Beauty to create original content for their websites and social media platforms.

But, Alexandra is not just a social media beauty influencer. She has experience from a variety of other jobs as well. She’s worked as a content creator for Pat McGrath Labs and has also been the Media Director in Gallany Cosmetics. The 30-year-old has also worked as a Graphic Designer at Keene Sentinel. She was the Chief Colorist, Graphic Designer, and Production Assistant at A&R Comications. She also has experience as a Webinar Coordinator at Allison Barrows/Kennedy Information.

Like her relationship status, Alexandra’s exact net worth is under wraps as well. But, according to the sources, she has a net worth of $300,000. Thanks to her dynamic career, the social media influencer enjoys a fulfilled life, which is evident from her social media profiles.

Alexandra Anele was born on October 24, 1990, in the United States. There is no information about her parents and siblings; the Instagram star has never revealed anything about her family life. It seems like the makeup tutor likes to keep her personal life away from the limelight.

As for the beauty star’s academic qualifications, there is no information about her early education. However, as for her later studies, she has completed her bachelor’s in Bachelor of Fine Arts focusing on painting from Keene State College. She graduated in 2013. The social media star currently resides in Los Angeles, California, United States.

The beauty YouTuber first started experimenting with makeup during secondary school, back in New Hampshire, US. Following her interest in makeup, she studied arts in college and later moved to Los Angeles to pursue it professionally. Thereon, her journey of being a makeup artist began.

Follow featured biography for similar contents on your favorite celebrities.