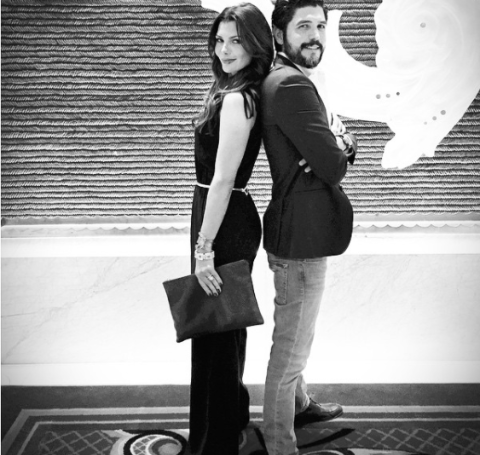 Here’s all to know about Alejandro Monteverde and his married life with actress Ali Landry and their children.

Everyone as fans is interested to know all sorts of updates on their favorite celebrities, whether it comes to their personal life or their love life. Alejandro Monteverde and his wife Ali Landry are certainly one of those couples that people can’t help but go gaga over.

The former Miss USA and the award-winning Mexican film director lead a blissful life together after celebrating 15 years of togetherness. Here in the read below, we’ve brought you all sorts of details on the couple’s family life, previous relationships, and their children.

Alejandro Monteverde is a well-known figure in the film industry for his movie Bella which received a Peoples Choice Award at the 2006 Toronto International Film Festival. He met his future wife Ali Landry due to his work, and the pair have been together ever since.

After dating for a couple of months testing the waters of their relationship, they took their wedding vows on April 08, 2006, in San Miguel de Allende, Mexico, the hometown of the lucky man, Alejandro. Right after a year, they welcomed their little girl Estela Ines Monteverde in July 2007, followed by their son, Marcelo Alejandro Monteverde, and Valentin Francesco Monteverde in October 2011 and July 2013.

The family lives a comfortable life with all sorts of luxury, all thanks to the successful couple, Alejandro Monteverde and Ali Landry. If you follow them on their social media, you can see the kids enjoying the various outings while also familiarizing themselves with their parent’s cultures.

While the gorgeous Ali Landry might be the first wife of Alejandro Monteverde, the case is not the same for the latter. In fact, the former Miss USA was previously married to American TV personality Mario Lopez back on April 24, 2004. They happened to come across each other when he presented the Miss Teen USA 1998 pageant, and Landry was a commentator at that time.

The ex-couple engaged in the summer of 2003 and tied the knot a year later in a Roman Catholic ceremony at the exclusive Las Alamandas resort outside Puerto Vallarta, Mexico. However, a piece of shocking news surfaced two weeks after that the couple had chosen to part ways due to infidelity issues.

Later on, in an interview with Howard Stein on Sirius XM radio show, Lopez revealed that the event happened during his bachelor’s party in Mexico. Apparently, he’s lied to his then-fiance about his plans, and he was caught in an incriminating poolside shot with another woman. He later on also confessed that he confused cold feet with not being ready for the marriage.

That’s all for now, follow Featured Biography for more of these reads on your favorite celebrities!