Skip to content
Home » Entertainment » Who is Betsy Berardi’s Husband? All Details on Her Marriage Here

Who is Betsy Berardi’s Husband? All Details on Her Marriage Here 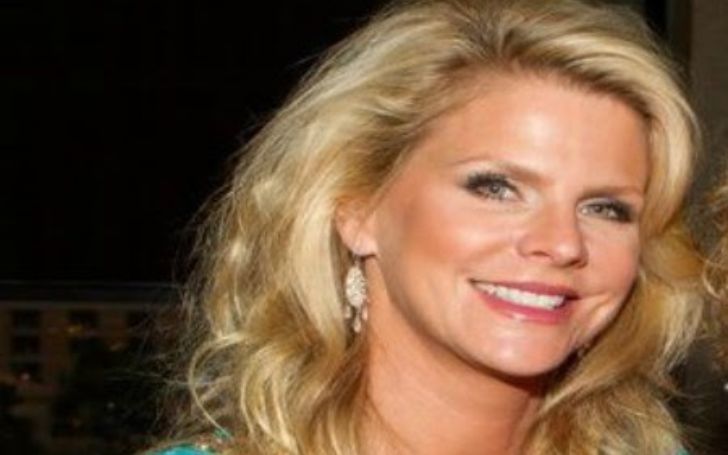 Betsy Berardi is famous as an ex-wife of the hard rock singer Sammy Hagar aka ‘The Red Rocker.” She is one of those personalities who became famous after tying the knot with a celebrity.

The 73-year-old Berardi got fame as being the wife of the famous singer and musician Sammy Hagar. The popular musician from the 1970s enjoyed success big time when he replaced the likes of David Lee in Van Halen in the mid-1980s. The pair began to date in the early 1960s. Let’s learn about their marriage life.

Who is Betsy Berardi’s Husband? Are They Together?

As mentioned earlier, Betsy Berardi was married to Sammy Hagar. Her ex-husband is an American singer/songwriter, musician, and entrepreneur. He came to prominence in the 1970s with the hard rock band Montrose.

Berardi’s former lover, Sammy, was born on October 13, 1947, in Salinas, California. He was welcomed as Sam Roy Hagar by his parents Bobby and Gladys Hagar. His dad and mom raised him alongside his three siblings in a labor camp until moving south to Fontana, California.

Betsy Berardi began dating Sammy Hagar in the 1960s. She gained popularity at an instant after her relationship with her ex became public. Talking about their relationship, they dated each other for a long time before tying the knot.

After knowing each other well, Besty and Sammy walked down the aisle on November 3, 1968. The duo shared their vows in a private wedding ceremony surrounded by their families and loved ones only, instead of a lavish one.

After two years of marriage, Betsy got pregnant for the first time with then-husband Sammy. The couple was blessed with their first child, a son, Aaron Hagar, in 1970. Again after several years, the couple welcomed another son, Andrew Hagar, in 1984.

Click to know: All About Charlotte Jane Married Life

Learning about the sons of Betsy, her first son Aron is an artist, designer, and entertainer and the owner of ‘Rats Gunners Garage’ in South Lake Tahoe, California. He is fifty-one years old as of 2021. Similarly, her second son Andrew is an actor known for Monsters of Rock and Rock & Roll Road Trip with Sammy Hagar(2016). He is thirty-seven years as of 2021.

On the 25th wedding anniversary of Betsy Berardi with the rock singer Sammy Hagar, a storm struck their relationship. The couple went through several conflicts in their marital bond in the latter years despite being well-settled and parents of two. However, the pair didn’t reveal the reason for the separation, the couple divorced in 1994.

After the separation from Betsy, the 73-year-old pop singer quickly fell in love with Kari Karte Hagar. The love birds walked down the aisle on November 29, 1995. Following that, the American singer-songwriter became a father again. He and his second spouse gave birth to two daughters Kami Hagar in April 1996 and Samantha Hagar, in March 2001.

Where Sammy moved on in his life and is living a blissful life with Kari, Betsy, on the other hand, is reported to be single. However, she might be in a romantic relationship, dating someone, or maybe married. But due to the lack of evidence, no one can comment on anything.