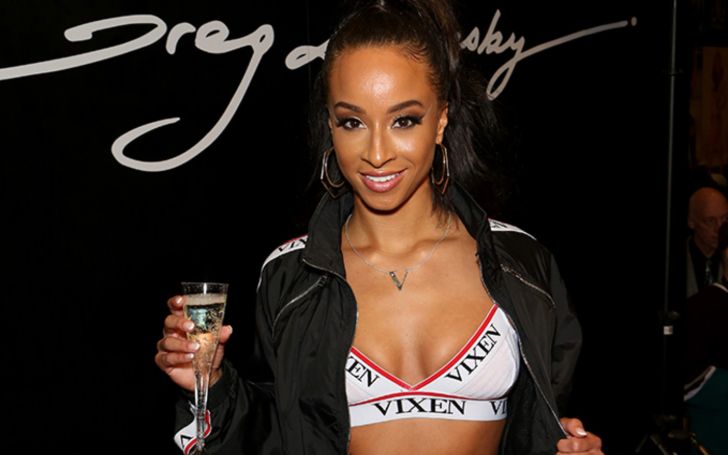 Teanna Trump earned fame as an American pornographic actress. Her actual name is Keanna Nichele Jones, and she hails from Indiana. Because of her success in the adult film industry, many are now seeking information about her. Thus, today we bring you this article where we will share everything available on her.

Details on Teanna Trump‘s finances are yet to be revealed. Unsurprisingly, she hasn’t shared any information on this topic.

Although Teanna hasn’t given out information on her finances, many reliable sites estimated her net worth to revolve around $3 million as of January 2021. Indeed, she’s a millionaire, and she succeeded in hitting that tagline with the impressive career boom in the adult film industry.

According to Daily Mail, Teanna Trump claimed she had sex with a ‘really famous’ Indiana Pacers player at the age of 16. The pair filmed their encounters, which eventually ended, giving her motivation to get involved with the adult film industry.

Teanna Trump, 25, Began her Adult Film Industry Career At The Age of 19

Until today Teanna worked with Evil Angel, Zero Tolerance Entertainment, Diabolic Video, VIXEN, Elegant Angel, Digital Playground, Girlfriends Films, New Sensations, Devil’s Film, and many others. In January 2019, she released a scene with Vicki Chase, which went viral, and she rose to prominence.

Teanna Trump was born on August 19, 1995, as Keanna Nichele Jones, to her parents. Unfortunately, no one from the media side knows anything about her mother and father. Similarly, details on her siblings are also unknown.

Information on Teanna’s love-life is also yet to be revealed, and the same goes for her academic details.

Though many things linked with Teanna are unknown, something came to the hand of the media. Precisely speaking, it’s about the pornographic actress’s prison days. Yes, she has been behind the bar previously.

According to the Oklahoma County Sheriff’s Office, Teanna was sentenced to 180 days in jail after pleading guilty to a marijuana charge; she was charged with felony marijuana possession with an intent to distribute back in March 2015. She was later released from prison in December of 2016. Following her release, she started a GoFundMe and Venmo to “help her get her life back on track.”