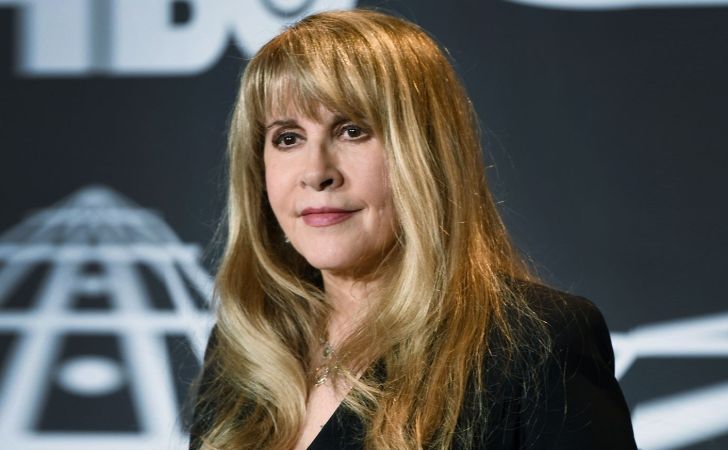 Stephanie Lynn Nicks, or better yet Stevie Nicks as you might’ve known her as is an American singer/songwriter best known for being a part of the British/American rock band Fleetwood Mac. She’s both a solo artist as well as a band member of Fleetwood Mac, who has produced over 50 top 40 hits selling over 120 million records as of 2020. Today we move to get a glimpse at her personal life, all from her net worth collection, career to her love life.

Stevie Nicks, the second lady member in the Fleetwood Mac after Christine McVie, has enjoyed quite the success in her more than a five-decade-long career in the music industry. With time and hard work comes enormous success not only in terms of career but also financially.

Explicitly speaking about the 72-year-old’s riches, according to Celebrity Net Worth, she enjoys a colossal bank balance of $85 million as of 2020. She’s made most of her income from her music albums, shows, and tours over the course of her decade-long career in the music industry. Besides that, she’s also actively involved in her real estate business.

You may also like: Know more about Max Kellerman’s wife, Erin Manning Kellerman.

Stevie Nicks got into the world of music since she was a mere four-year-old kid. Her grandfather used to sing duets with her, and then, later on, when she grew up, she got her first guitar at the age of 16. Her first song was I’ve Loved, and I’ve Lost, and I’m Sad but Not Blue, and she joined her first band, the Changing Times, while attending her schooling from the Arcadia High School in California.

Later on, during her senior year at the Menlo-Atherton High School, she met her romantic partner and her career partner, Lindsey Buckingham. The pair struggled together while each pursued their musical interest in writing songs and playing instruments. It was Buckingham who got the offer by Mick Fleetwood to join the Fleetwood Mac; however, he denied that Nicks and he were a package deal, and he wouldn’t join without her.

Shortly after both, the singers were incorporated in the British band, making it an Anglo-American one. All of their talents truly shined as they were quickly made into one of the most popular and successful rock bands out there. Nicks also launched her solo career in 1981 with her certified platinum album Bella Donna.

Talking about Steve Nicks’s love life, she is known to have her share of romances throughout her life, which influenced her to create all-time hit songs out there. The singer also mentioned that she chose not to make things official with anyone and have kids due to her career nature.

However, Nicks was briefly known to marry Kim Anderson, the widower of her friend Robin Anderson. It was said that the couple married out of grief after Robin died of leukemia in 1983. Although a marriage without love wasn’t possible, and they separated after three months of togetherness.

Besides that, the Fleetwood Mac singer has been in a relationship with other singers like Lindsey Buckingham, Don Henley, Mick Fleetwood, J.D Souther, Jimmy Iovine, James Gang many more.