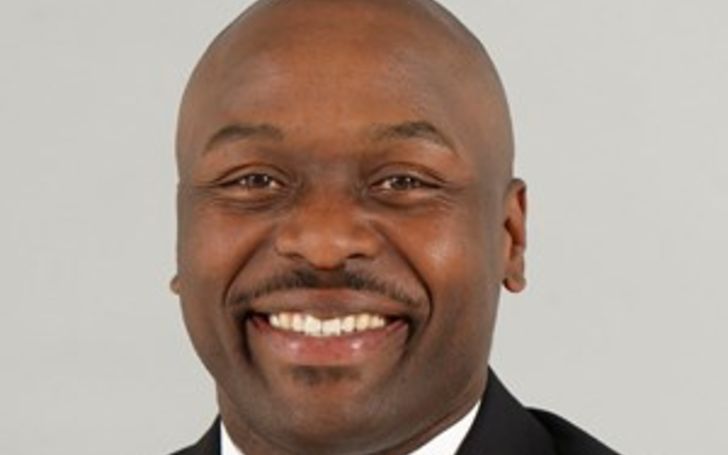 After watching The Real Housewives of Salt Lake City, everybody out there is questioning who really is Sharrieff Shah, the husband of Jen Shah? Let us quench your query today in this article. He’s a man of many talents who’s had multiple careers as an athlete, attorney, sports agent, football analyst, and many more. Follow the article to know more details about Sharrieff, from his net worth collection to his love life and career highlights.

What Is The Net Worth Collection of Sharrieff Shah?

When it comes to finances and bank balance, Sharrieff Shah is in quite a comfortable position, thanks to his dynamic career choice throughout his life. Although it is also true that he has a reserved personality and doesn’t like to share about his financial position in the media or anywhere else.

From extensive research, we found out that Shah earns a staggering amount of $463,525 annual salary as a University of Utah’s assistant coach as of 2018. As for his celebrity wife, Jen Shah, she’s a holder of an impressive sum of $3 million as of 2020. Jen is also an owner of three companies, including The Shah Squad, JAX Fashions, and The Real Shah Lashes.

You may also like: Miles O’Brien Colossal’s Net Worth, Career Highlights, and Married Life.

The couple enjoys a lavish lifestyle with their hard-earned money, as shown on the reality show Real Housewives of Salt Lake City. The couple lives together on a luxurious chalet in Salt Lake City.

Sharrieff Shah began his first step into the path of his career by playing football for the University of Utah. However, that dream was cut short after going through a life-threatening neck injury just three games into his senior season. It was a massive loss as the athlete was team captain and an honorable mention all-Western Athletic Conference safety in 1991 and 1992.

After the injury, the football fanatic decided to pursue his career as an attorney. He worked as a lawyer for more than a decade, working as a commercial litigator with Parsons, Behle & Latimer, trial attorney with Siegfried & Jensen, and many more.

Even after switching his career Sharrieff’s heart was into football, which is why he’s in his ninth year as a coach for the University of Utah. He’s successfully coached five cornerbacks who played in the NFL.

Sharrieff Shah and Jen Shah met each other way back in their lives and married each other after dating for a couple of years. The couple share two beautiful kids, Sharrieff Shah. Jr was born on the 10th of March 1994, and Omar Shah was born in 2003.

Both the sons followed the path of their father and are playing at their High School football team. Shah’s wife Jen is originally a Hawaiian-Tongan descent and later converted her religion into Islam after being influenced by Sharrieff.