Naval Ravikant is an Indian-American who has marked his presence in the world of business and investing, but what's striking about him is, as much known as his professional life is, his personal life is equally in the shadows. Here are some details about his relationship, net worth, and early life. 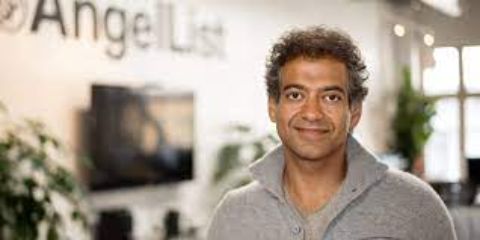 Despite being renowned for his professional life, Naval’s private life has been concealed well. Thus, there is no information about his dating history whatsoever. However, it has come to light that the 46-year-old is a married man.

Ravikant is married to Krystle Cho, who is a visual designer, artist, and model. The pair got married in 2013. Their wedding was held very privately. As of 2021, they have been married for eight years. The couple has already welcomed a son who they have named Neo. The couple has kept their married life so away from the media attention that they rarely share pictures of them, even on their social media profiles.

Naval Ravikant Net Worth and Career

Naval Ravikant has made a remarkable career as an investor, entrepreneur, and podcaster. He has invested in over 200 companies. Naval Ravikant hosts his podcast called Naval. In his podcasts, he discusses philosophy, business, and investing.

Naval’s career as an investor and businessman started in 1999 when he co-founded a consumer product review site called Epinions. The company later merged with another company called Dealtime and became Shopping.com. In 2005, Naval Ravikant founded Vast.com, an online white-label classifieds marketplace. His next venture was a venture capital fund named “The Hit Forge” in around 2007. “Hit forge” invested in companies like Uber, Twitter, and Stack Overflow. Ravikant went on to become one of the co-founders of AngelList in 2007.

AngelList is a fundraising platform for startups to raise money from angel investors. Naval has also set his footprints in the cryptocurrencies market. In 2014, he co-founded a cryptocurrency hedge fund called MetaStable. He had also launched an investment fund by the name Spearhead in 2017.

The techpreneur’s investment range is $100K-$1M. According to Signal NFX, his sweet spot is $400K. His exact net worth has not been apparent until now, but as per sources, he has a net worth of over $1 million as of 2021.

Naval Ravikant was born on 5 November 1974 in New Delhi, India, but his family immigrated to the US when Naval was nine years old. He has a brother named Kamal Ravikant. The names of his mother and father are not known until now as Naval is a rather private person and does not share any information about his personal life.

Naval’s father was a pharmacist in India. However, due to some reason, he was not able to practice pharmacy in the United States. After that, his parents did clerical jobs in New York to sustain the family. When his parents divorced, his mother was left alone to raise young Naval and his brother by herself. During his childhood, Naval Ravikant claims reading was his first love. He spent a lot of time reading because his mother worked multiple jobs and attended night school.

As for his academic qualifications, Naval graduated from Stuyvesant High School in 1991. In 1995, he graduated with degrees in Computer Science and Economics from Dartmouth College. In his college years, he interned at law firm Davis Polk & Wardwell. After graduating from Dartmouth College, Naval also worked at Boston Consulting Group. Then, he headed to Silicon Valley to work for an internet service provider in 1996.

Follow Featured biography to know more about your favorite celebrities.