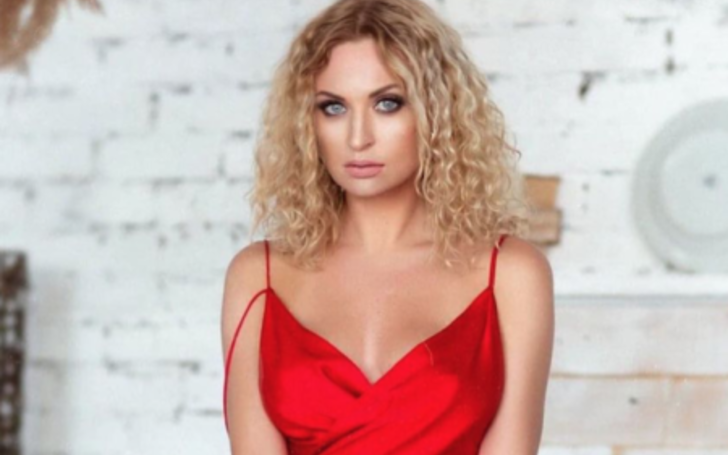 If you’re into American reality shows, then you must know about 90 Day Fiancé actress Natalie Mordovtseva. If you’re not aware of her, then know that she’s a gorgeous Ukrainian model famous for her relationship with Mike Youngquist. The couple was known to share quite a tumultuous relationship in the TLC show, which led to their break up on air. However, it was, later on, found out that they are together as of now. Today, we will be talking more about the details of the reality actress Natalie Mordovtseva.

The glamour and glitz of reality television shows are always appealing to the eyes of the viewers. Just as appealing as it looks the same is their paycheque as well. Talking about Natalie Mordovtseva’s personal collection of finance, she hasn’t shared any of her details in the media as of yet. Accumulating her professional career, it would be safe to say that she’s made quite a comfortable net worth for herself.

As per our speculation, the beautiful blonde’s probably made close to $100,000 net worth for herself as of 2020. According to menshealth, the couples on the reality show 90 Days Fiancé typically get paid about $1000 to $1500 per episode. They get upto $2500 on the special tell-all segment.

You may also like: Former Canadian Hockey Player Shawn Thornton Net Worth

The amount of their paycheque sums to $14500 for a standard 12-episode season. Considering she appeared on two seasons of the show, the amount would be close to $30,000. Nowadays, Mordovtseva is also focusing on her career as an influencer and has recently made her Instagram and YouTube account for her fans.

The reality show couple Natalie Mordovtseva and Mike Youngquist faced quite the ups and downs in their relationship as broadcasted on the 90 Days Fiancé show. The difference in culture was a tell-a-tale sign that things would be tricky for them.

The couple met through one of Mike’s friends, and they instantly hit it off. After chatting for some time, they got together and appeared on the reality show. However, they clearly had mixed ideas and beliefs in terms of religion and culture, leading to problems.

The TLC pair ended on a bad note when Nat couldn’t say I Love You to her partner, and like everyone, we also thought things were over. So, it was an enormous surprise when the media spotted them together. Later it was found out that they even tied the knot together and now live together in Washington.

Well, all is well if the end is well. Youngquist and Mordovtseva are having the time of their lives in America, giving a chance to their love, and we couldn’t be more happier for both of them.

That’s all for today; hope you enjoyed the brief read. Follow Featured Biography for more of these!

One thought on “Natalie Mordovtseva”