Mike Tirico is well-known for his ten-year tenure as an NFL play-by-play commentator on ESPN's Monday Night Football and working for NBC Sports since 2016. Know more about him down below. 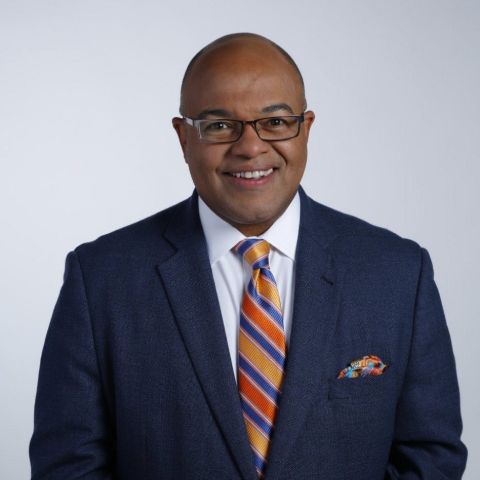 Mike Tirico is a $6 million net worth American sports announcer with a $3 million annual salary. He has received numerous honors for his efforts as a premier sports broadcaster. Mike presently lives in Ann Arbor, Michigan, and has a lovely house there.

Mike Tirico joined ESPN as a SportsCenter anchor in 1991, following four years as Sports Director at CBS affiliate WTVH-TV in Syracuse, New York, during his undergraduate studies at Syracuse University. Tirico is known for his adaptability and the wide range of jobs he has handled for SportsCenter. Tirico was the very first ESPNews host. He has worked as a play-by-play announcer for ESPN’s Thursday night college football package, college basketball coverage, NBA coverage, and golf coverage for ESPN/ABC.

Tirico said his final words on ESPN on June 30, 2016, at the end of the day’s coverage of the UEFA Euro 2016 soccer competition. He took over as studio host in the afternoons on Thursday and Friday and hosted all of the weekend coverage on NBC. In August, he also worked as a studio host and contributor for NBC’s coverage of the 2016 Summer Olympics in Rio de Janeiro.

Tirico ended up filling in for every job on NBC’s NFL coverage throughout the 2016 season. He has taken on the responsibilities of Sunday host, Thursday host, Sunday play-by-play, Thursday play-by-play, and Saturday play-by-play at various times. His initial schedule included late-season Saturday games, which he called alongside Notre Dame analyst Doug Flutie instead of NBC’s lead NFL analyst Cris Collinsworth.

The artist had also hosted his debut show from WAER radio in Syracuse, where he began his sports broadcasting career, on the Syracuse University campus. Bob Costas, a fellow Orange alum, was his first guest. Tirico began anchoring the short-lived Mike Tirico Show on ESPN Radio from 1:00 to 3:00 p.m. weekdays on September 20, 2007. On May 19, 2009, Tirico announced his departure from the show to focus more on his television play-by-play duties, and the show was renamed The Scott Van Pelt Show.

In 1991, Mike Tirico married Debbie Tirico. Since 1999, the pair has lived in Ann Arbor, Michigan. Debbie is a former basketball player who was a three-time captain of the 1989 team. She’s also competed in the 1988 NCCA tournament. In 1991, the lovely couple walked down the aisle. They have been married for more than three decades at this point. Furthermore, the facts of their wedding profile are kept private.

Debbie and Mike are the parents of two children. Jordan Tirico, Mike Tirico’s son, is a sportsman who plays for the A.A. Horizon Eagles. Unfortunately, information about Jordan is limited because he lives a private life. Cammi Tirico, his daughter, is a student at Northwestern University. She finished Community School and received her diploma.

Mike Tirico’s tenure at ESPN was not without any incident. ESPN: The Uncensored History (2000) by former New York Times reporter Michael Freeman and 2011’s These Guys Have All the Fun by James Andrew Miller and Tom Shales recount sexual harassment charges. Tirico, for example, was suspended for three months by the network in 1992 for a series of incidents involving attempted groping, sexual solicitation, and stalking of female coworkers.

Following the termination of NBC colleague Matt Lauer in late 2017 for sexual misconduct and other high-profile names in the media industry, the network stated that it was aware of Tirico’s past when he was hired from ESPN and had assurances from Tirico that he had changed. As a result, NBC has no plans to replace him on Olympic programming. “That happened well over two decades ago,” says John Wildhack, a former ESPN executive who is now the sports director at Syracuse. “Mike has been nothing but the consummate professional (since).”

Mike Tirico was born on December 13, 1966, in the New York City borough of Queens. His father’s name is Donald Tirico, and his mother’s name is Maria Tirico. He attended Bayside High School and Syracuse University’s S. I. Newhouse School of Public Communications. Other information regarding his education is unknown.

The 54-year-old claims to have seen photographs of his father and immediate family, all of whom are Italian heritage. Growing up, his only contact was with his mother’s side of the family. In response to a genealogy test to determine whether he has black ancestry, he stated that Tirico would like to find out the truth at some time so he can answer his children’s inquiries, but Mike made it plain that he is not in a hurry.