Mia Gradney is an Emmy Awards-winning journalist who has marked herself in her industry with decades of experience. Let's dive into the details of her relationship status, net worth, and career. 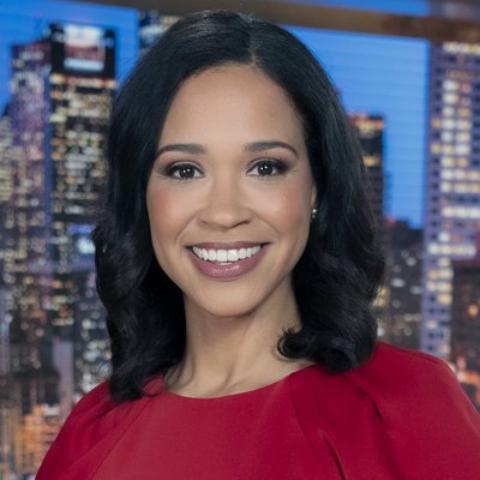 Mia Gradney’s current relationship status is known to all. She is married to Troy C Clendenin. As of 2021, the two have been married for 19 years having tied the marriage knot on November 10, 2001, in Harris County, Texas. They also share a daughter and like to keep their married life away from the public eye.

The couple’s daughter, who they have named Avery, was born in 2007. Mia frequently shares pictures and information about her daughter. She has stated that her daughter is a gymnastic diver, actress and loves cycling. The beautiful family lives in Houston, Texas. Additionally, Mia has never been linked to anyone before her husband.

Mia Gradney Net Worth and Career

Mia Gradney is an Emmy award-winning journalist and news reporter, and writer. She has been in journalism for two decades now and has covered the news from Hollywood red carpet events, national sports championships, and natural disasters. Gradney has covered major stories like 138 hours of Hurricane Harvey, the 2017 MLB championship, and the 2019 Houston Mayoral Debate as a news reporter.

The Emmy awards winner has also had opportunities to interview some of the biggest television, music, and movies stars, including Kevin Hart, Vince Vaughn, and Kevin James. She has won 3 Emmy Awards for Special Event Coverage, Environment News, and Magazine Style Program. The news anchor was also nominated for 4 Emmy Awards for Health and Medical News, Community Service Programming, Host, and Reporter.

The news anchor has also served as a Feature Writer and Columnist for Health and Fitness Sports Magazine. She has also developed and produced lifestyle franchises, ‘Mia at the movies‘ and ‘Mia’s Style Files.’ Looking at Gradney’s career timeline, it is assumed that she has accumulated a sizeable amount of wealth. She has an estimated net worth of $300,000.

Mia Gradney was born on June 17, 1976, in Houston, Texas. She was born and raised in an African-American, middle-class family. Not much information has been revealed about her family life. However, it has been clear that the now 45-year-old is the third child in her family; she has two older brothers. The names of her family members are not out in the open.

Regarding her schooling, the KHOU-TV news anchor attended and graduated from Spring High School in Houston. She attended Sam Houston State University in Huntsville for her college studies and graduated with a bachelor’s degree in Journalism from there. The now 45-year-old started working when she was just 16 in high school.