Mark Kriski is a Canadian meteorologist working in KTLA Morning News. He served as a DJ on Victoria, British Columbia's Q-100 FM. Let's know all details about his wealth, married life, and early life. 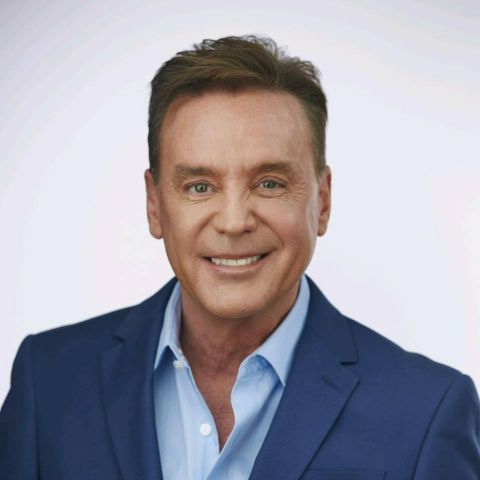 Mark Kriski is an American-Canadain meteorologist who works on the KTLA Morning News from 7 a.m. to 10 a.m. every Monday through Friday. He worked as a DJ on Q-100 FM in Victoria, British Columbia, and 980 AM in Montreal, known as CKGM, before becoming a weatherman on Canada’s The Weather Network in the late 1980s. His meteorological experience and understanding have garnered him nine Emmy Awards and an Associated Press-Radio-Television Award, establishing him as accomplished meteorology.

The American meteorologist was also rated the funniest weatherman in Los Angeles by the Los Angeles Times. He was also honored by the Radio Television Digital News Association with a Golden Mike Award for best weather feature. Mark has a net worth of $1 million as of 2021. The multi-talented media personality has amassed a sizable fortune through his various business ventures. Furthermore, the news anchor at the KTLA network earns an average of almost $80,000 each year.

The KTLA weatherman also starred in the 1994 hit film Speed, which starred Keanu Reeves. In addition, he has appeared in commercials for Toyota and Coors Lite. Mark gives back to the community in addition to his work. He supports several philanthropic organizations.

Mark Kriski’s Married Life. Who Is His Wife?

When it comes to Mark’s love situation, he is a happily married man with a wonderful wife. Well, he’s married to Jennifer Gould, his girlfriend became his wife. Jennifer is an award-winning KTLA station reporter, just like her husband. The couple got engaged on May 17, 2010, after dating for a few years. Following that, on September 24, 2011, Mark and Jennifer married in Huntington Beach. The private wedding ceremony and reception were held at the Shorebreak Hotel after that.

The life partners went on a honeymoon in the Florida Keys after their wedding celebration. Kriski and his wife, Gould, have already been married for ten years. They didn’t have children together till now. Mark, on the other hand, has four children from a previous marriage. Jacqueline, Danielle, Derek, and his oldest daughter Tamara, who lives in Canada, are his proud children.

Jennifer isn’t Mark’s first marriage, as you may know, if you follow him on social media. On May 8, 2004, he married his ex-wife Samantha Lewis. The previous couple split in 2009 after being married for five years.

Mark Kriski was born on June 29, 1956, in Nova Scotia, Canada. He is 64-year-old as of 2021 and is of Polish descent. His early life and parents’ details are still being investigated.

In London, Ontario, the 64-year-old enrolled in Fanshawe College. Mark earned his degree with a concentration in radio and television arts. On Canada’s Weather Network, he obtained his first job on camera as a weathercaster.