Learn About Marie Avgeropoulos’s Net Worth, Earnings and Lifestyle 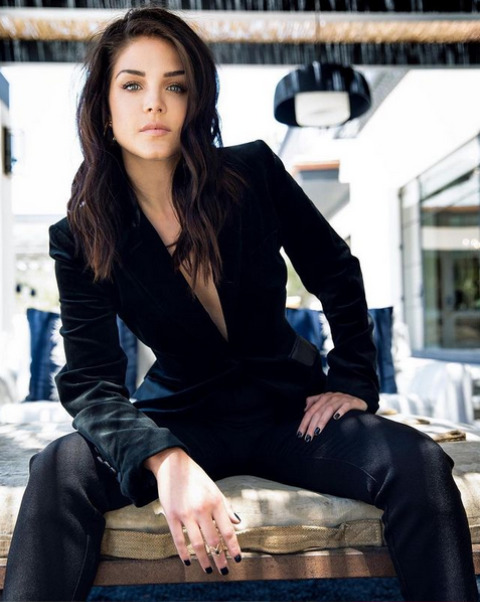 Marie Avgeropoulos is a Canadian actress and model. She is best known for starring on seven seasons of The CW’s post-apocalyptic science fiction television series “The 100” as Octavia Blake (2014-2020). She has been active in the acting field since 2009 and has since worked in numerous Films, Television series, and commercials.

Born in Thunder Bay, Ontario, Canada, the actress has Greek ancestry from her father’s side. As of now, she lives in Los Angeles and Canada, back and forth. She is represented by the Beverly Hills-based American talent agency, United Talent Agency. In this article, we will look into her career journey, significant works, and net worth.

Marie Avgeropoulos’ Net Worth and her Major Works

Marie Avgeropoulos started her acting career in Television. Since then, she has acted in several films and Television series. However, her role as Octavia Blake on the television series “The 100,” which aired 100 episodes between 2014 and 2020, gave her massive popularity. She has also been seen in commercials for many big companies, including Toyota Scion and Credit Unions of British Columbia.

Marie’s debut movie was I Love You, Beth Cooper, in 2009. She has since worked in numerous movies like Hunt to Kill, 50/50, Tracers, Numb, Dead Rising: Endgame, Jiu Jitsu, Wonder Woman: Bloodlines, and Percy Jackson & the Olympians: The Lightning Thief. As of 2021, her upcoming film is Butterfly in the Typewriter, which is currently under pre-production.

In 2009, the model made her Television debut with her first appearance in the Warner Bros series Supernatural as Taylor‘s guest role. She has worked in many other Television series, including, Harper’s Island, The Guard, Sorority Wars, The Troop, Fringe, Human Target, Eureka, Hiccups, The Inbetweeners, 90210, Cult, and The 100. In 2019, she voiced Silver Swan in the animated superhero film Wonder Woman: Bloodlines.

Marie was nominated in Best Supporting Performance by a Female in a Motion Picture at Leo Awards for her role as Cheryl in the film, Numb. In 2017, she hosted the campaign #SheMustCount of Food For Life Vrindavan (FFLV), a non-profit organization based in Vrindavan, India, helping ensure the future of thousands of young women with free education. As for her net wealth, according to celebrity net worth, Avgeropoulos has a net worth of $2 million.

Marie Avgeropoulos grew up fishing, hunting, and camping, spending most of her free time outdoors. Born to Philip Avgeropoulos and Augusta Avgeropoulos, she graduated from the Port Arthur Collegiate Institute (now Lakehead University Law School). She then attended the Confederation College with a major in Broadcast Journalism, but after two years, she decided to take a break to backpack around Europe alone.

After several months, Avgeropoulos returned to Canada and began to focus on a performance career in Vancouver. It was her drumming ability that helped her book her first role. She had learned to play drums at the age of 16 as a hobby. One of her friends invited her for a casting call in Vancouver, which happened to be looking for drummers. A talent agent recognized her talent and asked her to appear in various national commercials.

After several commercials, director Chris Columbus spotted the actress, which landed her a role in the movie, I Love You, Beth Cooper. That would be her debut movie. With this, she was able to get the limelight on her and bring several opportunities for her. She subsequently moved to Los Angeles, California, and has since worked steadily.