Marcus Richardson is an Application Cybersecurity professional and the husband of American journalist Abby Philip who works as a political correspondent and CNN weekend Anchor. Let's know about their married life. 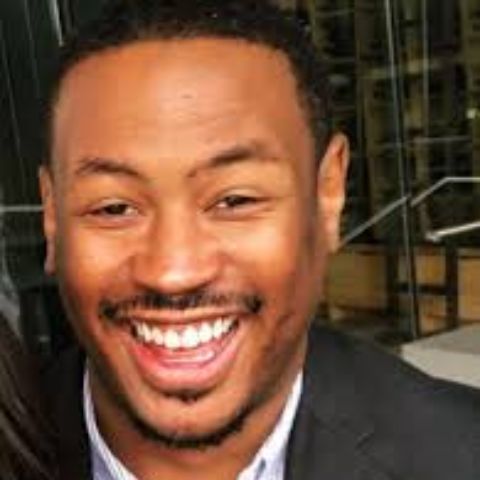 Marcus Glenn Richardson is an American celebrity spouse who is best known for being the husband of Abigail Daniella Phillip, an American journalist. Marcus is an Application cybersecurity professional and entrepreneur. Abigail is a CNN White House correspondent, and she has appeared on Washington Week and C-SPAN as a guest. From his successful career in Business, Richardson’s managed to make a magnificent amount of bank balance for himself.

Richardson is a managing consultant at nVisium in Herndon, Virginia, a web and mobile app security company. According to biographydaily, his net worth is believed to be $700,000 as of 2021. This includes his property, funds, and earnings. His job as a managing consultant at nVisium is his primary source of income. Marcus has amassed significant wealth from numerous sources of income, yet he likes to live a humble lifestyle.

On the other hand, his wife Abigail joined CNN in 2017 after leaving The Washington Post. Phillip must have a net worth of more than $1 million, considering she has worked for various news networks and is currently employed by CNN. Abby worked for a slew of high-profile companies, and as a reporter, she amassed tens of thousands of dollars. According to glassdoor.com, the typical salary for a CNN correspondent ranges from $87,085 to $187,168.

Marcus Richardson’s Married Life. Who is His Wife?

As we already mentioned about his wife, Abigail Daniella Phillip is the partner of Marcus. On May 26, 2018, he married Abby in an intimate wedding ceremony held at Anderson House, a museum in Washington. Gene Corbin officiated their wedding. The ceremony itself was private, with many of the couple’s friends and family members in attendance.

Furthermore, the entrepreneur proposed to his fiancée for the first time in 2016. Marcus’ journey to his knees is a fascinating one. So the couple had recently moved into a new apartment and planned to host Christmas dinner for their families. That’s when Richardson got down on one knee and asked the big question.

It was at a mutual friend’s party in 2011 when the two met for the first time. They didn’t know a single person at the party and ended up speaking with one another. They discussed their mutual passions for languages, music, travel, and food.

Marcus Glenn Richardson was born on March 9, 1983, in the United States of America. He is 38-year-old as of 2021. His parents are Russell G. Richardson, a former colonel of the US Navy, and Toussaint Richardson. Due to his father’s business, Marcus spent most of his youth traveling across the world. He lived in several countries, including the Netherlands, Germany, and Japan. In 2007, his father retired from active duty after 30 years of service.

In addition, the 38-year-old has two sisters, one elder and one younger. Stacie Thompson, his elder sister, works for the Air Force Civilian Service as a Human Resource Specialist. She holds a TUI university diploma.

Marcus pursued his education outside of the United States. He used to play basketball at the Kadena Youth Center during his tenure at the Kadena Air Base. Richardson returned to his homeland after finishing his early studies. He went to Florida State University for his undergraduate studies. In 2009, Marcus graduated with a bachelor’s degree in international affairs. He is also a Harvard University class of 2010 student.