Lilimar Hernandez is a young American actress who is known for the role of Sophie in Bella and the Bulldogs. She had done role as the titular protagonist of the Peacock animated television series Cleopatra in Space. Let's learn more about Lilmar and her career highlights. 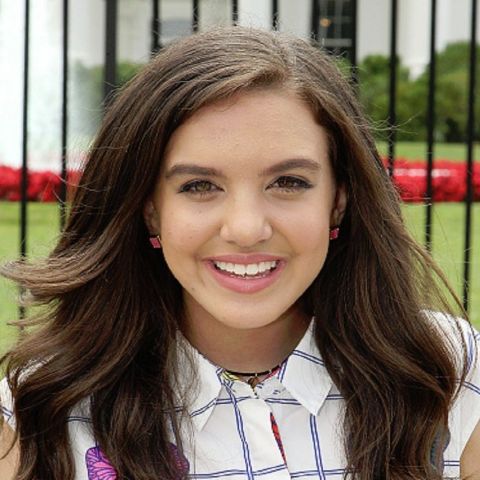 Before learning about the net worth of Lilimar, let’s talk about her career and professional life. She started her career at the age of 14 by starring in the short film Pedro Pan portraying Operation Pedro Pan, which relocated more than fourteen thousand Cuban children to the United States from 1960 to 1962.

Hernandez also worked in a Nickelodeon series Knight Squad in 2018-2019. She had voiced over in the Peacock animated series Cleopatra in Space as the lead role of Cleopatra and also sang the theme song. She has done several web series and movies, including The Little Ghost (2013), Smart Alec (2014), School of Rock (2018), Side Hustle (2021), Country Comfort (2021), and so on.

Click to know about Tom Nagorski and His Married Life

The twenty-year-old actress has won Best Young Actress-Television of 30th Annual Imagen Awards in 2015. She had won the role of Sophie in the series Bella and the Bulldogs.

According to the celebrity net worth, Hernandez is estimated to amass an impressive net wealth of $4 million as of 2021. Yes, she is a millionaire, and without any question, credit for her outstanding fortune goes to the years of hard work she placed in the television industry. It’s not surprising to know that she’s earned a considerable amount from her acting career. Talking about her salary, she charges US$35K Per Episode.

Knowing about Lilmar Hernandez’s age, she is twenty years as of 2021. The American actress was born in Margarita Island, Venezuela, to Cuban parents. She was born with Heterochromia, the term used to describe a person’s eye color difference. So, her left eye is brown, and her right eye is green.

Hermandez was six years old when she moved to Miami with her family. She began taking acting classes in Miami at the age of nine. Lilimar started to live in Los Angeles with her grandmother and her mother after getting the role of Bella and the Bulldogs. Her mother’s name is Mayte Hernandez.

The Young Actress Hernandez is single till now. She likes to keep her personal life private. Details on the relationships of Hernandez are unknown.

Lilimar Hernandez was born on June 2, 2000 in Margaruta Island, Venezueka. She started taking acting classes when she was just nine years old. Before serving in serials, she used to work in ad commercials.

Hernandez is living a luxurious life with her grandmother and mother in Los Angeles. She is doing well in her career. Lilimar is American, Venezuelan by nationality.

Follow Featured Biography to know about your favorite celebrity.