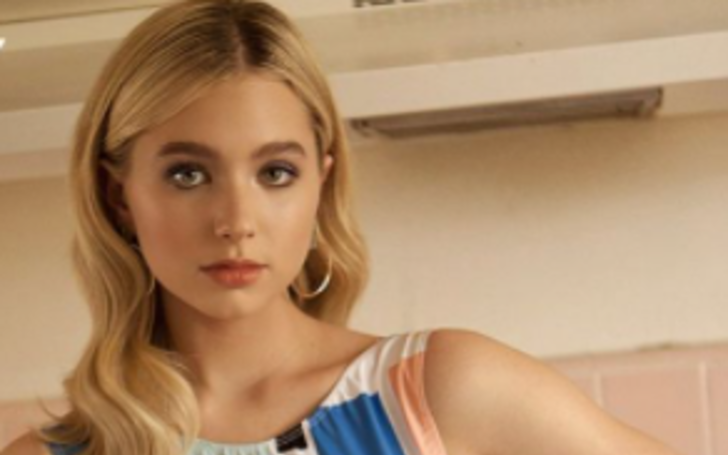 Lilia Buckingham is quite a popular figure in the world of entertainers. She’s nationally recognized as an American dancer, actor, model, and influencer who competed in the Dance Mom through her mother and is currently working with the MNR Dance Factory. Just at the age of 17, she’s managed to write her upcoming novel Influence, which is about a murder. Have a look at more of her details in the article below.

Lilia Buckingham Net Worth Collection as of 2020

Nowadays, with the growing presence of social media, we’ve seen teenagers easily make colossal income for themselves. Being an influencer is a real profession that garners success professionally as well as financially. Just like that, we have Lilia Buckingham, who has gained a massive name for herself at the age of 17.

The actress is not even fully an adult, and yet she’s made fortunes for herself through her talent. She’s a full-fledged social media influencer, author, dancer, actress, and whatnot. Although she is yet to share the exact details of her net worth on the internet, sources have estimated her total income.

You may also like: The Pop Artist Grant Knoche’s Net Worth Collection

Experts suggest that Buckingham makes stable net earnings of over $1 million as of 2020. Her income sources are dancing gigs, competition, reality shows, brand endorsements, and her recently published book.

Lilia Buckingham Career, How It Started?

Lilia Buckingham’s journey into prominence was actually paved by her mother, Jane Buckingham when she took part in the reality show Dance Moms. Following her interest in dancing, she started learning dancing and ended up winning the Regional Junior Rainbow Rising Starz DOY 2013 and the Regional Junior Miss Thunderstruck Dance Icon in 2015.

After that, the teen influencer made her first TV show debut in the Modern Family in the Open House of Horrors episode. Currently, she’s starring in the Brat TV series Crown Lake.

Lilia Buckingham graced the Buckingham household with her birth on April 09, 2003, in Los Angeles, California. She is of British origin even though she resides in the United States. Her father’s name is Marcus Buckingham, a British author, motivational speaker, business consultant, and mother is Jane Buckingham, an author. We can clearly see how the artistic streak in Lilia came considering both of her parent’s professions.

As for the 17-year-old’s siblings, she shares the bond with an elder sibling Jack Buckingham. Further on, her education was completed at the Harvard-Westlake School in Los Angeles, California. To pursue her interest in dancing, she also got her training from MNR Dance Factory.