Leslie Sykes is an American Journalist who works at KABC-TV, ABC News in Los Angeles, California, as a Co-Anchor of the morning show “ABC7 Morning Show” and midday show “Eyewitness News.” Let's know all details about her wealth, married life, and early life. 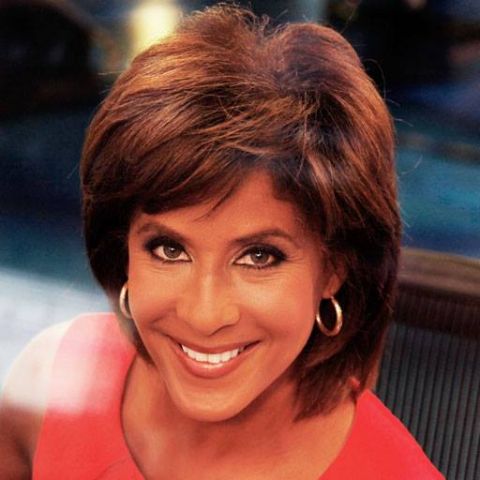 Leslie Ann Sykes is an American journalist, television news anchor, and reporter. She is the morning and midday co-anchor of “Eyewitness News” at KABC-TV in Los Angeles, which is owned and operated by ABC. Moreover, Leslie was a reporter and anchor for WVUE-TV in New Orleans, Louisiana, before joining the ABC7 news team.

The American journalist worked as a reporter, anchor, and producer for WDAM-TV in Hattiesburg, Mississippi. She worked at the Los Angeles Herald-Examiner as a general assignment correspondent. In addition, Sykes has collected a sizable amount from her career in journalism. According to online sources, her net worth is estimated to be around $1 million as of 2021. Leslie has nearly three decades of experience working for ABC7 News. So, her primary source of income is journalism.

Talking about her salary, she got a $55,375 stipend annually. Her great career as a television news anchor, journalist, and reporter provide her with this handsome income. Sykes is also active on social media. She has 8.4k fan followers on Instagram, 9.3k followers on Twitter, and 34k likes on her Facebook Page. She mainly published her works and personal photos on her social media account. As a result, she enjoys a lavish lifestyle.

Leslie Sykes’ Relationship Status, Is She Married or Not?

Well, Leslie Sykes is a happily married woman. She is currently married to her handsome husband, Patrick W. Spann. Unfortunately, the couple didn’t share anything about their marriage details or when they dated each other. The couple welcomed their son from their marriage and currently resides in the Los Angeles suburb of View Park-Windsor Hills.

Furthermore, no detailed information about her son has been revealed because she has not yet made it public. There are also no rumors and past relationships information about them. The family is living happily. If any data about their son is revealed, we’ll update you soon.

On June 27, 1965, Sykes was born in San Diego, California, United States of America. She is 56-year-old as of 2021 and holds American nationality. Her father’s name is Abel Baxton Sykes, Jr., and her mother’s name is Sylvia Mae Thierry Sykes. Additionally, her father worked for Compton Community College as an administrator. Her family relocated to Compton, California, shortly after her birth in San Diego.

The 56-year-old grew up in Compton, California, with her two older sisters, Dawn Carol Sykes and Daphne Grace Sykes. She went to St. Joseph High School in Lakewood, California, and graduated with honors. Leslie went to Spelman College in Atlanta, Georgia, where she majored in English and finished with a bachelor’s degree. She worked as an intern at KCOP-TV, a local independent television station (now My Network TV affiliate).