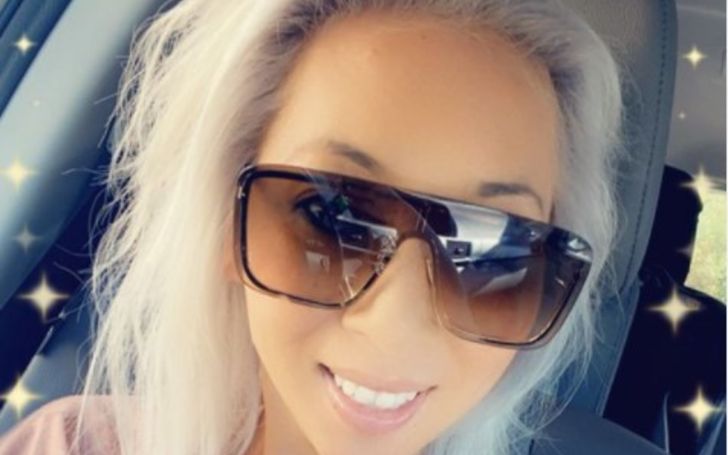 Who is Karl Anderson? He is a professional wrestler, a fighter, a former WWE champ renowned for his work as a tag team specialist, and “a cheater.” What, a cheater? Yeah, indeed, he may be a deceiver, as per the word of a woman. So, who is she that spread such news? Well, she is none other than Anderson’s own wife, Christine Bui Allegra. She chose Instagram to accuse him of cheating on her, sharing a picture of her lover where she wrote ‘cheater’ and ‘asshole’ on his face.

Because Christine was married to a celebrity, she was already a topic of interest for many, and after her recent act, she doubled that attention. Thus, people want to learn about her, which brought us today to this page. Here we will share some facts on Karl’s spouse Christine with everything there is no about her recent opinion on her beau that she shared with the world through her Insta post.

Christine Bui Allegra and Her Beau, Karl Anderson, are Parents to Their Four Sons

No one knows when and how Christine Bui Allegra and her beau, Karl Anderson met; furthermore, no one can say for sure when they tied the knot. However, despite the odds, every one of Karl’s fans knows that he and his wife, Christine, is blessed with four baby boys.

You guys read it right, Christine and her spouse, Karl, are parents to their four children, and they are all boys.

Also See: Know the net worth and career of Brett Goldstein

Currently, the lovely couple lives with their four sons, Cylus, Caedon, Crux, and Cash, in Cincinnati, Ohio. According to Sportskeeda, Christine gave birth to her youngest child, Cash, a couple of years ago in August 2018.

Like many celebrities’ lover, Christine Bui Allegra also prefers to keep her personal details away from the media as much as possible. Due to this reason, there isn’t much information about her past life. Further, it created rumors that Christine Bui isn’t her real name. Indeed, and people believe her actual name isn’t known publicly yet.

Besides her name, Christine’s age is also a mystery to the media people. However, it is estimated that she might be in her mid-30s. Although most part of her life is unknown to the mass, it is reported that she was born in the Philippines, and she is of Vietnamese descent.

Though there isn’t much to know about Christine Bui Allegra’s early life, her frequent Instagram posts gave us an insight that she has four siblings, and all of them are sisters. As noted by Idol Persona, her social posts reveal that she has four sisters in her family.

All of her siblings look similar to her, which is pretty natural in one’s family. Besides her sisters, Christine also loves to post pictures of her mother. Thus, keeping that in mind, we can say she is very close to her family.

Karl’s Fans Were Shocked After Christine Accused Him of Cheating

As we mentioned earlier, a lot of talks are going on about WWE star Karl Anderson cheating on his spouse, Christine Bui Allegra. It all started after Christine posted a photo where the word “Cheater” and “Asshole” was written on Karl’s face and chest area.

Click To Know: Who is Jeremy Swift? How much is his net worth

In addition to that, Christine also dropped a suspicious caption saying, “I DON’T PLAY NICE.” She also shared an Instagram story revealing that Karl has a drinking problem and doesn’t provide time for her and their sons.

After learning about the accusation, Karl’s fans were shocked, and most of them gave out their views. However, soon after that, Karl himself came out and teased that there is more to the story. His cryptic status made people think twice about the accusation.

Recommended: Know the net worth and personal life of Margaret Warner

So, what might be the reason that made Christine Bui Allegra place the tag of a cheater on her husband’s face? Well, if you ask us, it’s just another prank between the lovers. Yes, you see, the current TNA superstar, Karl loves to prank his wife, and as a better-half, Christine does the same.

According to Essentially Sports, Karl, who goes by the name The Machine Gun on Twitter, recently uploaded a video where he pranked Christine during their car ride. On that clip, we can see the pair together where Christine Bui Allegra was snoozing and Karl jostled her, which woke up a string of swears that would make a sailor blush.

Because the above Twitter post was just a couple of days old compare to Christine’s accusation post, it can be said that it was merely a reply to the car prank her beau performed on her. And it does make sense when we read the comment keeping those words on our mind.

For more news, facts, and biographies about your favorite stars, please stay connected with us at Featured Biography.