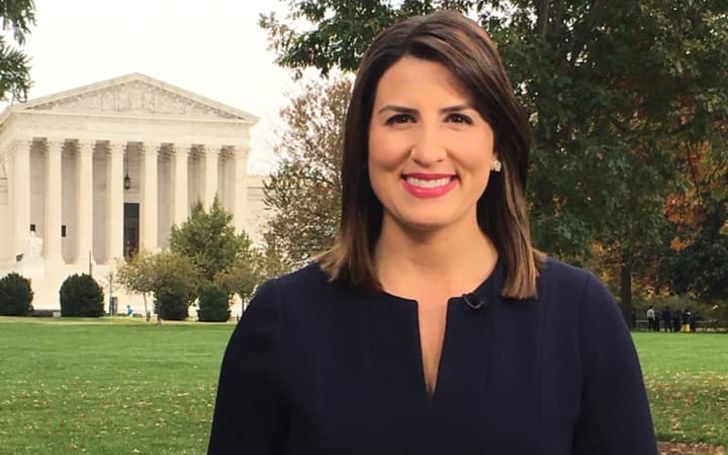 Jacqueline Policastro is an American journalist working for Gray Television as a Washington Bureau Chief in Washington, D.C. The veteran reporter has the experience of working for many news companies such as Lilly Broadcasting Eries, WISH-TVWSEE TV, and Associated Press. Are you curious to know more about Policastro’s life? If you are, then keep reading in the sections in the paragraphs below!

Is Veteran Journalist Jacqueline Policastro Married? What is Her Marital Status?

It might be due to their nature of job many journalists tend to keep their personal life private. However, Jacqueline Policastro is not like that and tends to share a lot than most. She is a married woman and is in a marital relationship with her husband, Michael McCarthy.

The couple walked down the aisle on December 12, 2015. After her wedding, she has been keeping the details of her relationship to herself. Maybe she does not want to reveal too much about her private life after all. Well, we can understand her reasons for doing it!

From her marriage with her partner, she has a baby daughter, Liliana. Her child was born in late 2018.

Jacquline is usually busy with her work reporting and preparing her works. In her spare time, she likes to spend her time with her close ones, which she shares on her social media. She is currently living in Washington with her husband and kid.

In her illustrious career, she’s received the opportunity of working in many news companies. She worked in Associated Press television and radio producer in Washington, D.C. Similarly, she also worked as a news anchor, correspondent, and Washington Bureau Chief at Lilly Broadcasting Erie, PA, for three years.

Check out the clip of Jacqueline Policastro interviewing a police officer about an incident!

After the 2008 Presidential election, she moved to Erie, Pennsylvania, to anchor the evening newscasts at CBS WSEE TV. After that, Jacqueline served as a Daybreak News reporter and anchor for WISH-TV for two years. At the moment, she is working at Gray Television where she started working in September 2014. For the channel, she serves as a Washington Bureau Chief.

Jacqueline Policastro was born in New Jersey, United States. As for her education, she received a B.S. in Broadcast Journalism and Political Science from Boston University in 2006.

The talented journalist began her first news internship at NBC 40 in Linwood, New Jersey. After her graduation, she joined Associated Press in May 2006.

If you want to read similar celebrity articles, be sure to check out the website Featured Biography!