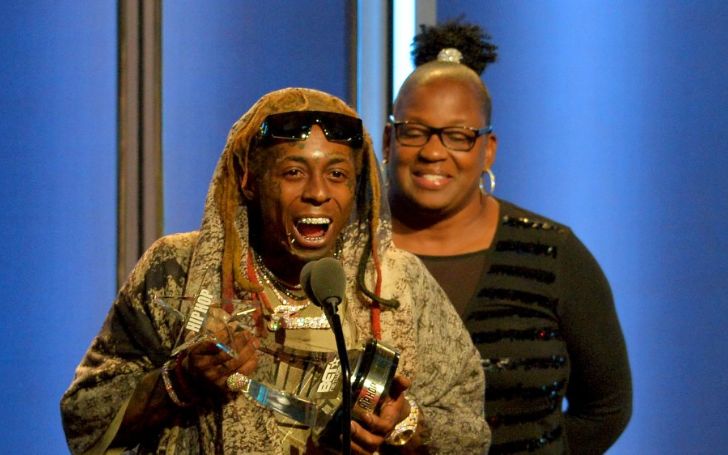 Behind the success of many famous artists, their upbringing and family background play a major role. Their family members, especially the parents’ role in raising them as a child, influences and shapes his/her personality and character. And that determines what they will achieve in the future.

Rapper Dwayne Michael Carter Jr., best known by his stage name Lil Wayne was one of those lucky celebrities who can credit their success to their parent. His mother, Jacida Carter, was the most influential person to him while growing up. Her support and love helped him reach the level he is today, and he is grateful for that. So let’s learn about Jacida in detail and find out how she raised one of the music superstars of the present era.

Lil Wayne was born as Dwayne Michael Carter Jr. on September 27, 1982. His mother, Jacida, was just 19 years of age when she gave birth to him. His parents divorced when he was two years old and abandoned the family completely. So his mother was left in charge of raising him, with very little support from others. And she did, making ends meet and providing Wayne a quality education through her work as a cook.

Lil Wayne has talked in an interview that he considers his deceased stepfather as his real father. His biological father never cared about him, and his late stepfather Reginald ‘Rabbit’ McDonald took over the role of a father in Wayne’s childhood years. He even has a tattoo dedicated to his Rabbit.

Rabbit McDonald was kidnapped from a nightclub on July 20, 1997, and shot dead. His body was apparently thrown out of a car when they found his body.

Also See: Find out about the Age, Bio, Net Worth, Wiki and Personal Life of Greg Poehler

Lil Wayne’s mother, Jacida Carter, provided good education to her son. She enrolled him in the gifted program at Lafayette Elementary School. Later, he attended Eleanor McMain Secondary School for two years, where he was an honor student and a member of a drama club. After matriculating to Marion Abramson Senior High School, Lil Wayne dropped out to focus on his rap career at the age of 14.

Jacida Carter is Very Proud of Her Son

While Jacida Carter was against the idea of her son becoming a rapper, in the beginning, she eventually embraced his decision. She was just worried that he might not make it work, and his future would be in jeopardy. But he eventually assured her that he would work hard to succeed. And seeing his dedication, she also offered her love and support. And that played out well in the end, with Lil Wayne achieving immense success.

Now that her son is one of the most famous and successful rappers in the world, Jacida Carter’s been the one proudest of Lil Wayne’s achievements.

‘He’s a very smart child,’ Jacida Carter says of her son. ‘And I just say he was a genius, you know what I’m sayin? Which I used to pray — I asked the Lord to send me one. And he did. He’s so smart, I can’t teach him nothing. He done been there before.’

Check Out: Learn about the Age, Bio, Net Worth, Wiki, and Personal Life of Alexia Barroso