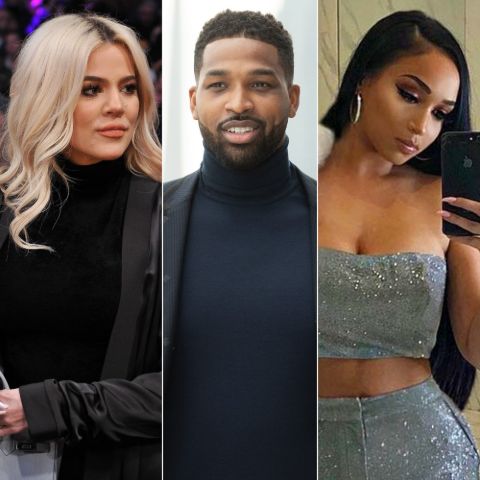 While Khloe Kardashian and Tristan Thompson’s relationship status remains unknown, musician Iggy Azalea turned to Twitter to debunk recent claims that she had cheated on the NBA player. “Very weird fake news making the rounds about me dating a man I’ve literally never met a DAY in my life…. Like…. Y’all are really that bored?!?!” she tweeted. “S— is very, very weird behavior.”

“Literally have never even been in the same building as that man. I DO NOT KNOW THAT PERSON, “the rapper concluded. Azalea stated that the rumors significantly impacted her, reminding people that real people are behind the talk. She tweeted, “Making up baseless lies about people for fun is lame because I’m a real person with my own private life that gets disrupted by bulls—, so I’m actually annoyed.”

The Australian rapper wrote, “At the end of the day, none of you online know my personal life or who I have privately questioning a rumor like that.” Later, she deleted her tweet. “So let someone lie on YOUR p— if you like. But I don’t f— with letting lies live that effect (sic) my real life.”

Also See: ’90 Day Fiance’ Spinoff ‘Love in Paradise: The Caribbean’ Steven and Martine Discuss His Cheating in The Latest Preview

Recently, there have been rumors and contradicting reports that Kardashian and Thompson were reuniting, but the most current information shows that they are still apart. According to In Touch Weekly, the couple is rekindling their romance, but other people close to them informed TMZ that was not the case. Despite this, both Kardashian and Thompson have remained silent on the reports.

According to an insider, Kardashian was “desperate to make it work” with Thompson, despite his history of infidelity, and Thompson had “promised to do better.” This source seemed to imply that they didn’t simply want to stay together for the sake of their daughter True, but that they also wanted to have another child together.

According to a TMZ source, Kardashian and Thompson are friendly for the sake of True but not interested in a romantic relationship. Although some fans are becoming confused, the couple’s behavior and recent images of them together appear to reflect the latter narrative more than the former. The statement’s phrasing, which highlights Kardashian’s “trust issues” rather than Thompson’s history of infidelity, has enraged social media users.

In Touch spoke with another source who said: “Tristan will always be True’s father, and he is a wonderful father to her, but he will never be Khloé’s boyfriend. She clung to hope, so this is yet another wake-up call, hopefully the final one. Khloé will go on, but it will be bittersweet and painful.”