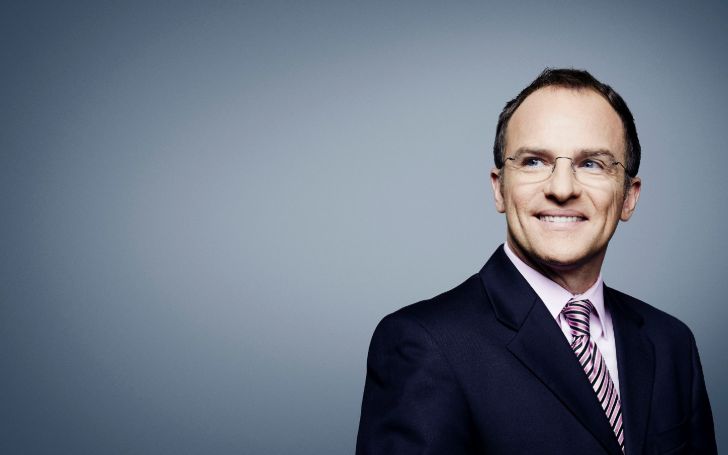 Guillermo Arduino might seem to be a familiar face to many of our viewers. For those who don’t know he’s a remarkable anchor and correspondent from the CNN TV. Popular for shows like Mirador Mundial on CNN en Espanol and Clix, he’s been in the journalism line for more than two decades. So, today we get to know some personal details about the successful journalist.

In the meantime, where the whole world is undergoing a pandemic, it seems like journalism is one of the most flourishing professions out there. However, it’s also true that one needs to be equally talented to excel in it. This has been proved by the Argentinian journalist Guillermo Arduino.

The CNN reporter has managed to make quite the earning for himself through years of hard work. Specifically speaking, he makes a handsome annual salary between $93,930 to $202,799 as of 2020.

You may also like: Here’s all to know about American political commentator Dan Bongino

According to sources, the Emmy winning reporter has garnered a smashing total net worth collection of $4 million through his decade long career in journalism.

Guillermo Arduino started his journey in the media and communication field at the age of 25. His first job was as a news anchor on NBC’s International Language TV News Station Canal de Noticias in 1995. Just after two years, he worked as an on-air meteorologist for The Weather Channel.

Arduino then found work at the CNN as an international weather anchor and then later in 2002 as an anchor of CNN World View, while serving as an anchor during the Iraq War and the Afghanistan War. Since 2008, he’s been on the weekly tech show named Clix on CNN en Español and CNN Latino. His latest work includes Mirador Mundial, a weekend news show.

Usually, journalism is one of the most outspoken professions out there, where reporters bring every kind of news to the public. But when it comes to their own private life, they are the ones who shy away. Similarly, Guillermo Arduino is also equally private about his personal affairs like his married life, children, and other details.

However through much research we did find out a little about his background. The 56-year-old was born and raised in Buenos Aires, Argentina. Growing up, he joined the Instituto Superior de Enseñanza de Radiodifusión, Instituto Nacional Superior del Profesorado en Lenguas Vivas “Juan Ramón Fernandez”.